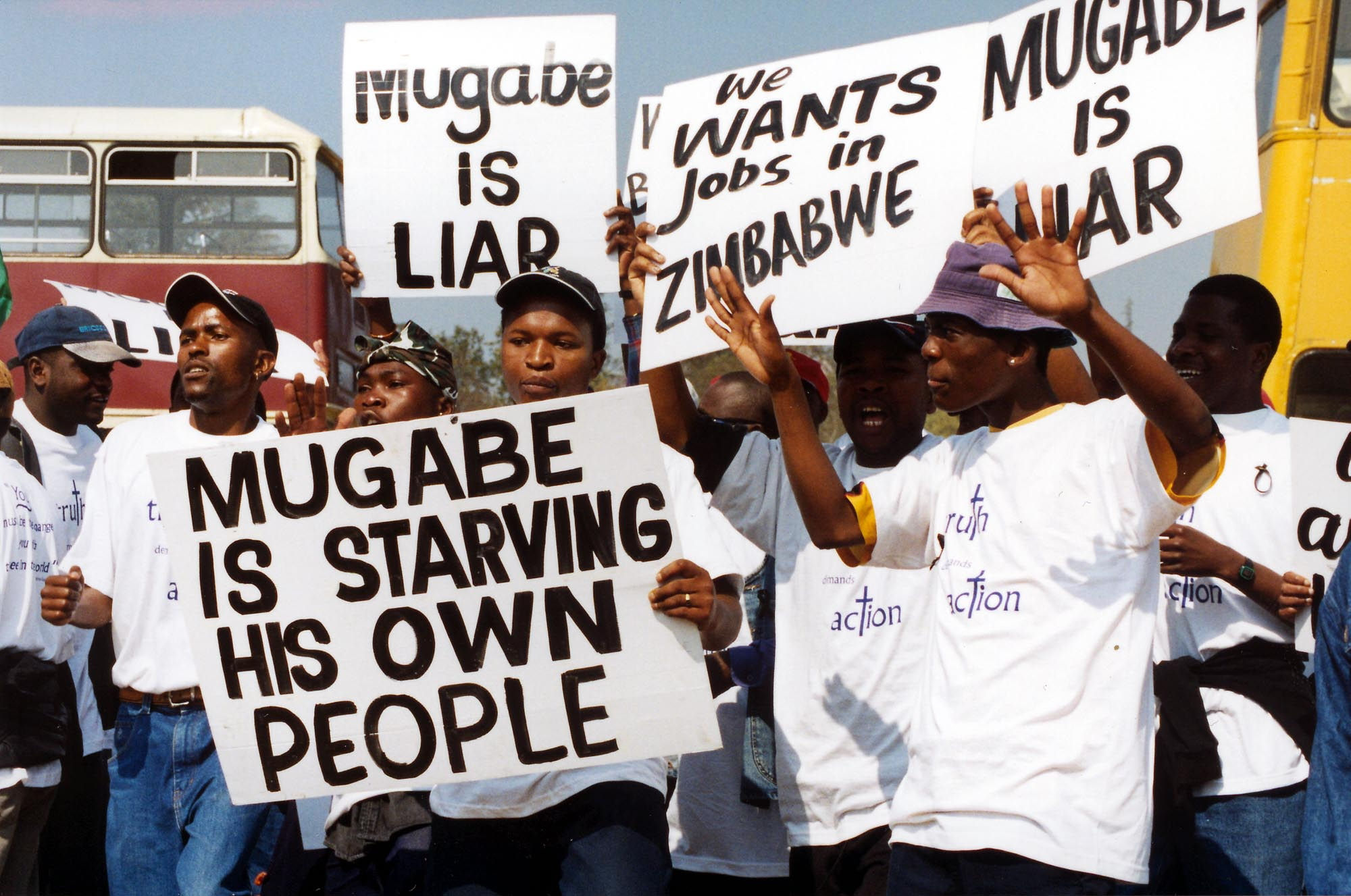 HARARE (AFP) - Zimbabwe's ruling party is to launch impeachment proceedings Tuesday against President Robert Mugabe, in the latest bid to oust the 93-year-old strongman still clinging to power after 37 years in office. A military takeover last week was followed by huge street protests against the authoritarian leader, and the ZANU-PF, his own once-loyal party, has also turned against him. "The party has instructed the chief whip to proceed with impeachment processes," ZANU-PF said in a statement, with the motion due to be presented before parliament on Tuesday. On Monday evening, army chief Constantino Chiwenga told reporters that progress had been made in talks towards an apparent exit deal for Mugabe, the world's oldest head of state. He also said Mugabe was in touch with Emmerson Mnangagwa, the ousted vice president whose sacking led to the military takeover and Mugabe's shock loss of power. "The security services are encouraged by new developments which include contact between the president and the former vice president... who is expected in the country shortly," Chiwenga said. "The nation will be advised of the outcome of talks between the two." Chiwenga called for calm after Zimbabweans had celebrated Saturday at anti-Mugabe marches that would have been brutally repressed just a week ago. Holding on The marchers' joy quickly turned to despair as Mugabe brushed aside the turmoil, blithely declaring on Sunday that he would chair a top-level meeting of the party that had just disavowed him. In a televised address, the president defied expectations he would step down, pitching the country into a second week of political crisis. Mugabe is feted in parts of Africa as the continent's last surviving independence leader. He was a key figure in the war for independence and took office as prime minister in 1980, riding a wave of goodwill. His reputation was swiftly tarnished, however, by his authoritarian instincts, rights abuses and economic policies. Most Zimbabweans have known life only under his rule, which has been defined by violent suppression, economic collapse and international isolation. Despite his fragile health, Mugabe had previously said he would stand in elections next year that could have kept him in power until he was nearly 100 years old. But a factional squabble over the presidential succession erupted into the open on November 13, precipitating the crisis. Mugabe's wife Grace, 52, secured prime position to succeed her husband when Mnangagwa, who is close to the military leadership, was abruptly fired. After Mnangagwa fled abroad, the army took over the country and placed Mugabe under house arrest. The army insists it has not carried out a coup, but rather an operation to arrest allegedly corrupt supporters around the Mugabe family. Public anger rising? ZANU-PF lawmakers said that they would take the first steps to impeach Mugabe on Tuesday after he ignored their ultimatum to resign. "We have the numbers, the opposition is also going to support us," Vongai Mupereri, a party MP, said. "We are going to impeach -- the man has to go," said another Zanu-PF lawmaker, MacKenzie Ncube. Chris Vandome, an analyst at the Chatham House, a London-based think-tank, warned of the risk of public unrest. "They will start impeaching him (Tuesday), that is certainly the will of the military, but it's increasingly now the will of the people," Vandome told AFP. "The longer this goes on for, the more the likelihood of violence increases." Legal experts say impeachment could take weeks and be subject to court appeals. Mugabe is thought to be battling to delay his exit in order to secure a deal that would guarantee protection for him and his family. "It might take days and weeks, but Mugabe is on his way out," said Charles Muramba, a 46-year-old bus driver in Harare.