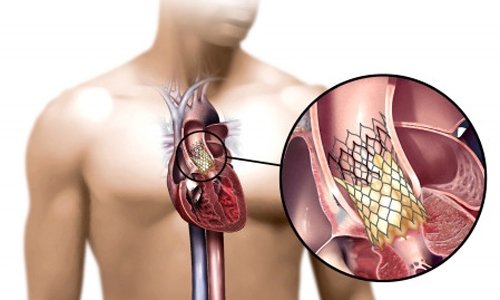 SAN DIEGO - A minimally invasive procedure that allows doctors to implant a new heart valve supplying blood to the body is safe for low-risk patients, according to a study presented at the American College of Cardiology meeting in San Diego. Low-risk patients were no more likely to suffer stroke, heart attack or death a year after they received the valve implant, compared to those whose diseased valve was replaced through traditional open heart surgery, results of the Notion trial of 280 Danish patients showed. While the results using transcatheter aortic valve replacement (TAVR) are encouraging, more trials that follow larger groups of people for longer periods of time are needed, said Dr. Samir Kapadia, a cardiologist at the Cleveland Clinic in Ohio. "We should not interpret these results to suggest that you can have surgery or transcatheter valve replacement in whoever you want," said Kapadia, who was not involved with the study, published in the Journal of the American College of Cardiology. The results presented Sunday are of particular interest for TAVR makers Medtronic Plc and Edwards Lifesciences Corp. Their systems are approved for use in patients seen as high risk or deemed too frail to endure open heart surgery. Wider use will hinge on studies of intermediate and lower risk patients to show TAVR is as safe or superior to surgical valve repair. Patients in the Notion study were mostly considered low-risk for aortic valve replacement. They received a replacement valve either through open-heart surgery or using a TAVR system in which a catheter is used to deliver the new valve to the heart through an artery in the leg or chest. Researchers led by Copenhagen University Hospital's Dr. Hans Gustav Thyregod found that about 13 percent of TAVR patients had a stroke, heart attack or died a year after their procedure, versus about 16 percent for traditional surgery. There were differences in other complications depending on the procedure. TAVR patients were more likely to need a pacemaker. Surgery patients were more likely to have bleeding, dangerously low blood pressure, new or worse irregular heart rhythms and longer hospital stays. Another study published in the same journal reports that the use of TAVR appears "safe with acceptable complication rates" among high-risk patients. Likely due to surgeons becoming more familiar with the technology, complications among TAVR patients decreased over the study period of 2011 through 2013, the researchers report. - Reuters