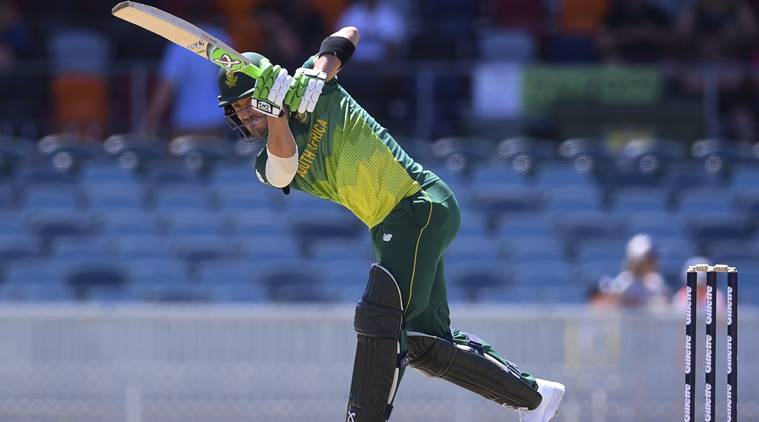 DUBAI (92 News) - South Africa captain Faf du Plessis wants the 'next group' of players to take the series against Australia as an opportunity to stake their claims for the ICC Cricket World Cup 2019.

Australia have had a few troubles in white-ball cricket in recent times. In their last one-day international series, they were thrashed 5-0 by England in England. They were clean-swept in the Twenty20 Internationals against Pakistan in UAE more recently, but the South Africa captain said he wouldn't take them lightly. “Whenever you get a chance to play against Australia it feels like you are playing against a good cricket team,” he said. “When you look at whom they have in their squad at the moment, on paper there are some fantastic names on there with the ball and bat. "The results haven’t been as good as what they would have liked, but from our point of view, it is important that we look at Australia as the team who are always tough to beat when there is a clash between South Africa and Australia.” South Africa head into the series with a host of exciting young players. With the World Cup fast-approaching, du Plessis has urged them to put their best foot forward, with South Africa looking to improve their bench strength as much as their core group.

“Similar to Australia, we have a few questions that need answering before the World Cup,” he explained. “We have quite a bit of experience. but it’s the next group of players who are important at a World Cup. One, if they can potentially put their name in the hat and two, for them to gain more experience. “The good thing is that it has given us a real opportunity to blood youngsters, to give them good game-time under the belt. When the time comes, if they do get picked for the World Cup, there are at least 20 games under their name and they have a lot more maturity when it comes to decision-making.” A lot of focus will be on how South Africa's spinners perform. While leg-spinner Imran Tahir has for long been bamboozling batsmen in the shorter formats, Tabraiz Shamsi too has been shaping up well. However, du Plessis was keen to point out that South Africa had an array of supreme pacemen in Kagiso Rabada, Dale Steyn and Lungi Ngidi. “We have two really good spinners, but we also have a good seam attack,” he said of the options. “It (the team) will be about trying to balance out what we want to do according to the conditions we are given.”