LAHORE (92 News) – The impressive flag-lowering ceremony was held on Pakistan Day at Wagah Border on Saturday. 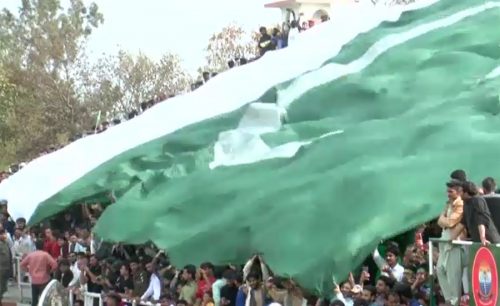 A smartly turned out contingent of the Pakistan Rangers presented the parade. Thousands of people carrying the national flag participated in the Pakistan Day parade. 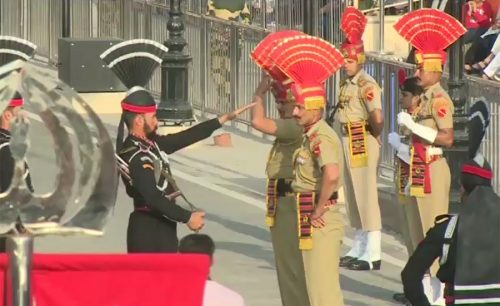 Citizens unfurled hundreds of meters flag. The parade area resounded with the slogans of ‘Allah-o-Akbar’ and ‘Pakistan Zindabad’. 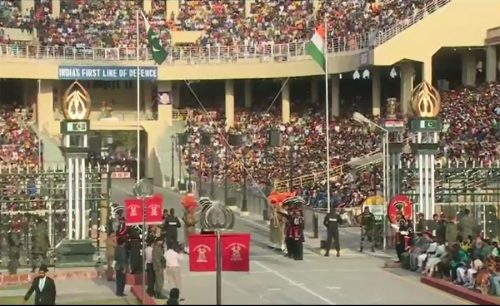 The people highly appreciated the parade.

Change of guards ceremony at Mazar-e-Iqbal

A graceful change of guards ceremony was held at Mazar-e-Iqbal in Lahore on Saturday morning in connection with Pakistan Day. 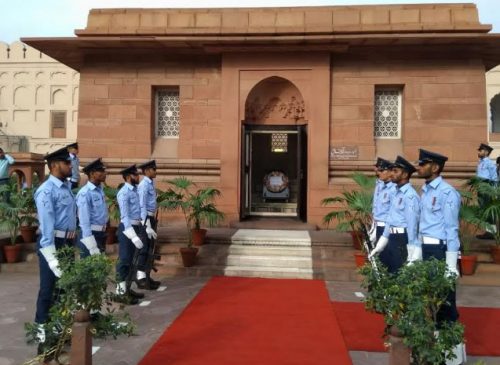 A smartly turned out contingent of Pakistan Air Force assumed guards' durty at the Mazar.

Base Commander of PAF, Air Commodore Syed Sabahat Hassan, who was chief guest on this occasion, laid floral wreath on behalf of Chief of the Air Staff, Pakistan Air Force and People of Pakistan. He also offered Fateha and recorded impressions in the visitors’ book.

They laid floral wreaths at the Mazar and offered fateha and paid tribute to the great leader for untiring efforts that paved the way of acquiring a separate homeland for the Muslims of subcontinent.

In Khyber Pakhtunkhwa, the main function in connection with Pakistan Day was held in Peshawar.

He gave awards to distinguished personalities. Tamgha-e-Imtiaz was given to Vice Chancellor Abbottabad University Professor Dr. Iftikhar Ahmad for his extraordinary services in the field of education.

Cricketer Yasir Shah was given Sitara-e-Imtiaz for his extraordinary performance in cricket.

People of Balochistan, including those of provincial capital Quetta are also celebrating Pakistan Day with full national enthusiasm today.

Pakistan Day is also being celebrated in Gilgit Baltistan with national zeal on Saturday.

In this connection an award distribution ceremony was held in Governor House Gilgit where Raja Jalal Hussain conferred awards on behalf of President of Pakistan.