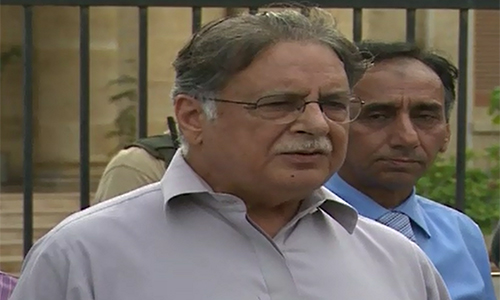 ISLAMABAD (92 News) – Federal Minister for Information and Broadcasting Pervaiz Rasheed has said that Imran Khan’s duplicity has been proved through his conspiracy against the country and democracy. Talking to the media on Tuesday, he said that Imran Khan adopted the worst dual policy in the country’s history. “The story from D-Chowk to de-seat is chill to the bone,” he added. The minister said that Imran Khan teaches people democracy during the day and hatches conspiracies to attack democracy at night. “Imran Khan was neither targeted by the government nor the N-League, but he was punished by the Nature,” he said.