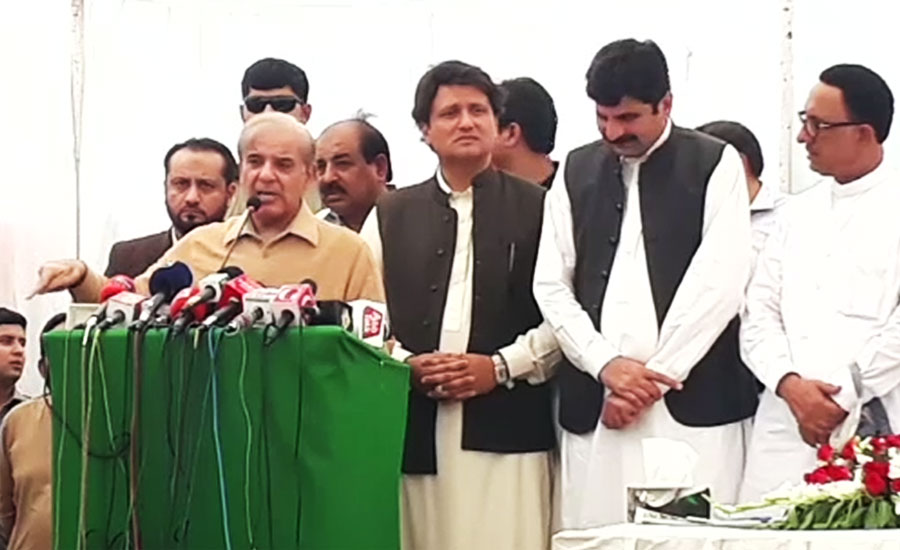 OKARA (92 News) – Punjab Chief Minister Shehbaz Sharif said that Niazi Saheb destroyed the Khyber Pakhtunkhwa (KP) within five years and now finding a new lame excuse. Addressing to public gathering at Chiniot, strongly criticizing Pakistan Tehreek e Insaf (PTI) the chief minister said that PTI Chairman Imran Khan has done nothing in the KP for five years. He also said that PPP Co-Chairman Asif Zardari destroyed Karachi and devoured hundreds of billion rupees. Shehbaz Sharif welcomed all the institutions to make better Pakistan. He said that the KP destroyed and Nab should ask from the KP government. He said that if the KP government will not be accountable then Pakistan never become according to the dream of Iqbal and Quaid. He wished that if the public elected him as the prime minister in 2018 election, he will serve the masses of Pakistan. He said that Okara Shehbaz Sharif said that the Punjab government established Healthcare departments in the Okara Hospital. “These departments have same facilities like any private hospital of Lahore and Karachi,” he said. The chief minister said that in this hospital CT scan machine were available 24 hours. He further said that MS of hospital only suggested the prescription of CT scan.