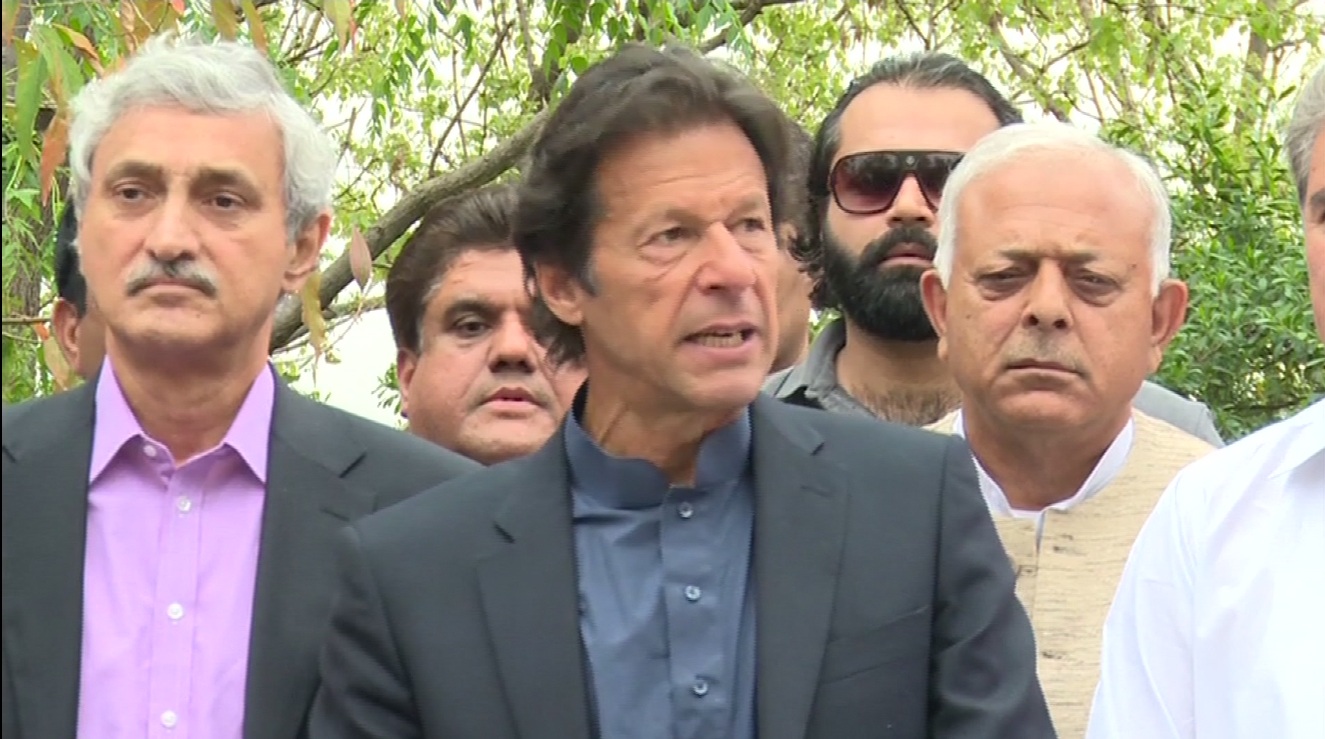 LAHORE (92 News) – Pakistan Tehreek-e-Insaaf chairman Imran Khan has invited Muttahida Qaumi Movement (MQM) chief Altaf Hussain to contest the election in Punjab. Commenting on the tension over NA-246 by-poll in Karachi, he said that it is a democratic right of every individual to contest the election form anywhere. “I invite Altaf Hussain to contest election from Lahore or Mianwali,” he said. “We will extend all-out cooperation,” he said. Congratulating the nation on the establishment of the judicial commission, the PTI chief said that the PTI was the only party which called for a probe into the 2013 general elections, while others only complained about rigging. About the Yemen crisis, Imran said Pakistan should play a role of mediator rather than becoming a party to the conflict. “Previously, we were thrown into the America's war on terror. We have been suffering since then,” he said. The PTI chief claimed that the the decision to send troops to Yemen has been made already.