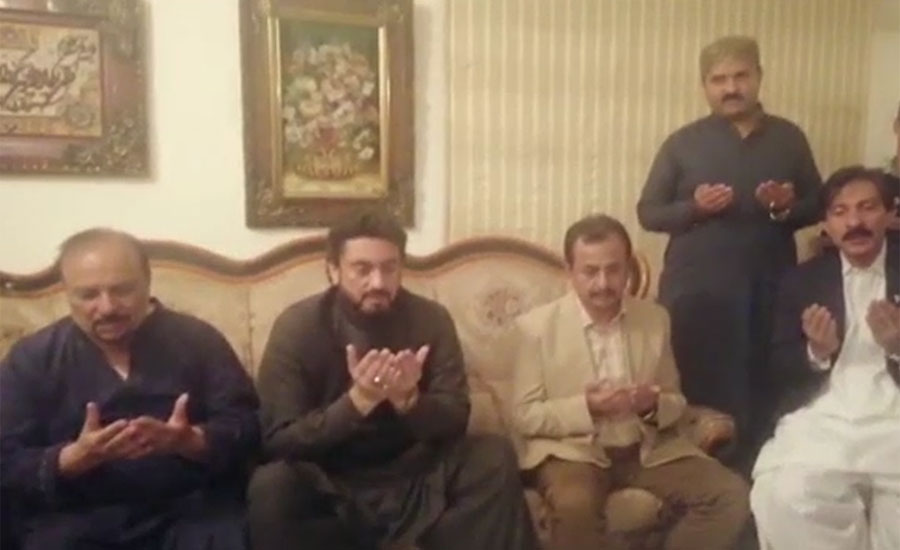 KARACHI (92 News) – Sindh Governor Imran Ismail and State Minister for Interior Shehryar Afridi condoled the death of former MQM leader Ali Raza Abdi with his father. Imran Ismail, Shehryar Afridi visited the house of the assassinated politician after his funeral prayers. They expressed sorrow with Abdi’s family. The state minister for interior termed the murder of Abdi as tragic incident. Expressing firm resolve against terrorism, Shehryar Afridi said that the government will not compromise on peace in Karachi, adding the grip would be tightened against the terrorists and their facilitators. Talking to journalists outside the Governor’s House, Shehryar Afridi said that the time has come to bring the menace of terrorism to its logical end and added that Rangers, police and law enforcement agencies rendered great sacrifices to restore peace in Karachi. He said that the federal government in collaboration with the provinces will uproot the terrorism across the country and added that it is our shared responsibility to play our due role against the terrorism. The minister said that people trust in the Pakistan Tehreek-e-Insaf (PTI) government and stressed upon the need of teamwork against the terrorism. Karachi is a city of peace and will remain the city of lights, he concluded. On the other side, the people are continuously visiting the house of Ali Raza Abdi for condolence. The MQM including other politicians expressed sorrow with his father. MQM leader Khawaja Izhar also demanded to arrest culprits immediately.