ISLAMABAD(APP) – Minister for Information and Broadcasting Marriyum Aurangzeb on Monday said that Pakistan Tehreek-e-Insaf (PTI) chairman Imran Khan, the foreign-funded 'fitna', has admitted that his rejected bloody march will not bring any revolution.

Reacting to Imran Khan’s tweet, she said it was evident that from now onwards election and power couldn’t be obtained by hurling abuses and brandishing guns. "Imran’s planned ‘bloodshed on the ballot’ is proof of bringing revolution through guns." 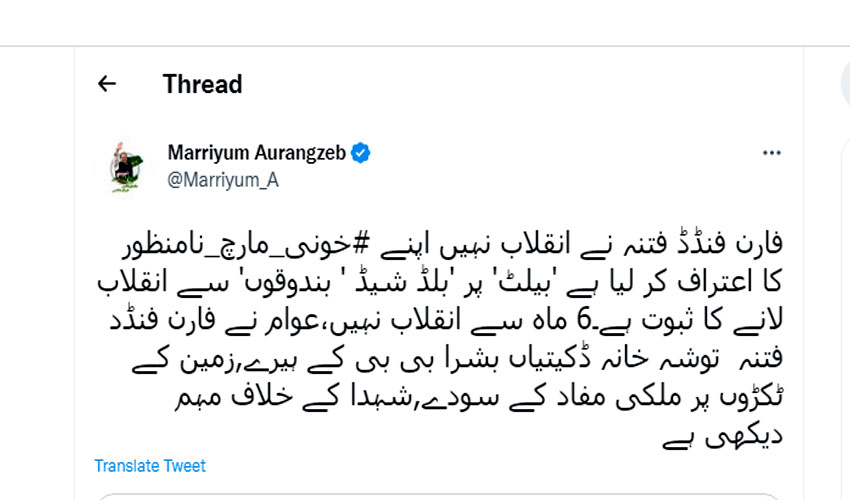 She said that there has been no revolution over the last six months, but the people have seen the corruption of Imran Khan including the foreign funding, Toshakhana robberies, Bushra Bibi’s diamond grabbing, compromise on country’s interests for grabbing land, and lethal campaigns against the martyrs.

She said that Imran should have better-offered an extension to the Army chief in March when he was in power to achieve the objective of elections. She said that container Khan would not get an election date and return to power through abuse and guns.