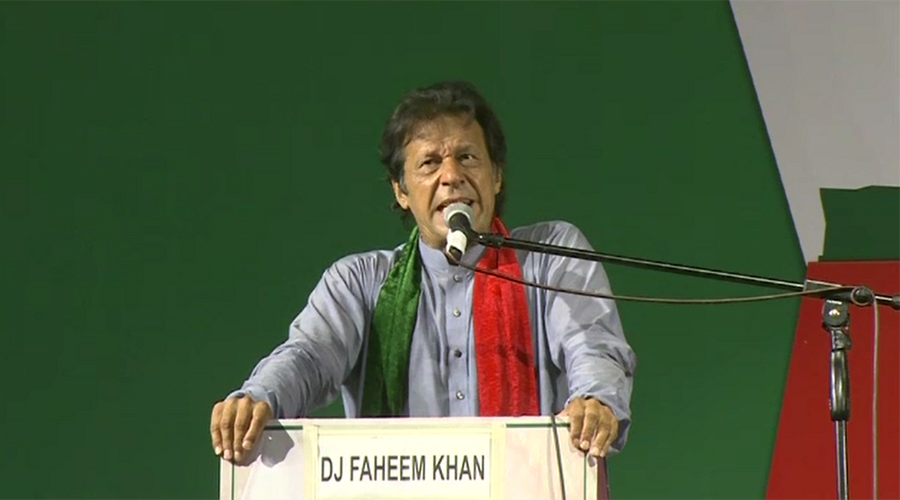 KARACHI (92 News) – PTI chairman Imran Khan has announced the Raiwind March on September 24. Addressing a meeting in Karachi on Tuesday, he said that he had decided to visit Karachi when Altaf Hussain used the language against Pakistan. “The country makes progress when economy grows. Karachiites are great people.” The PTI chairman said that the terrorist Altaf Hussain occupied Karachi through a mafia and put the country into trouble. “Altaf got murdered people while sitting in Karachi. He also got murdered Mohajirs.” Imran Khan said that Altaf in collusion with RAW spread anarchy in the country. He said that the police would have to be set aright first of all. “The Karachi police will have to be made apolitical and on merit.” He said that Karachi needed local bodies system. “The 55 percent of the Punjab budget is used in Lahore.” The PTI chairman said that they would make the NAB strong and independent. He paid tribute to the Pak Army.