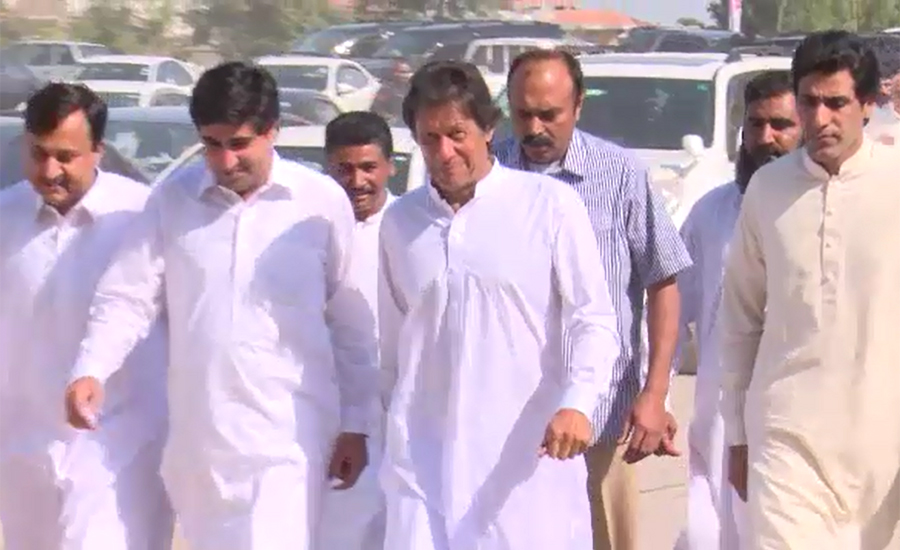 ISLAMABAD (92 News) –The appellate tribunal on Wednesday accepted the nomination papers of Pakistan Tehreek-e-Insaf (PTI) Chairman Imran Khan from NA-53. According to the details, Imran Khan appeared before the tribunal following objection over his nomination papers for Islamabad’s NA-53 constituency. His lawyer Babar Awan accompanied him in the proceedings. Judge Mohsin Akhtar Kayani rejected objections raised in the both the appeals by Abdul Wahab and Haroon Arshad Sheikh and allowed Imran Khan to contest the election from the constituency. The PTI chief filled column-N in the nomination papers from NA-53. He wrote in the column-N that he made Shaukat Khanum Hospital and Namal College for the services of general public as a parliamentarian. He also wrote that he created awareness to public regarding constitution and their rights. After that, the tribunal allowed Imran Khan to contest election from NA-53. The appealte tribunal also rejected appeals filed against nomination papers of Imran Khan in NA-35 constituency. The PTI chief was also allowed to contest the election from NA-35. Today is the last day for decisions by Appellate Tribunals on appeals filed against acceptance or rejection of nomination papers for the National and provincial assemblies' seats. The revised list of candidates will be published on Thursday. Candidates can withdraw their nomination papers by Friday and the Election Commission will allot election symbols to candidates on Saturday. Polling for the general elections will be held on 25th of next month. Earlier, the tribunal had summoned Imran Khan in personal capacity due to incomplete nomination papers.