In a tweet on Sunday, the premier said that there will be an election whose results will be accepted across the board. He also said that with electronic voting machines it looks like that the country will have elections where all contestants will accept results of the polls.

Prime Minister Imran Khan, in a tweet shared a picture where he was inspecting Pakistani made electronic voting machine. He also congratulated Shibli Faraz and his team for developing the local machines. 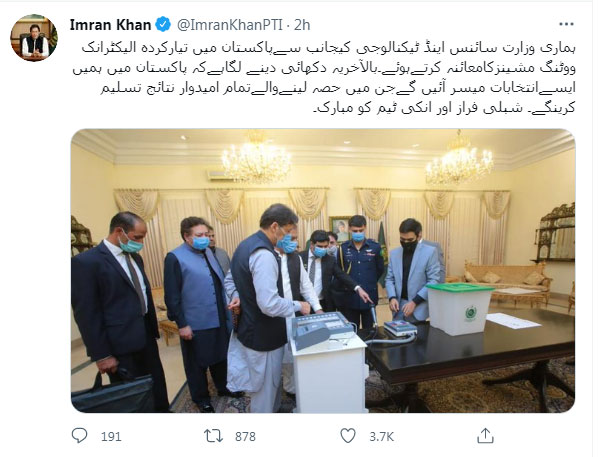 Federal minister Faraz, along with the officials of his ministry, gave a detailed briefing to the premier about the working of this locally produced EVM.

Shibli Faraz said there is no need for internet connectivity for the EVMs, and the software used is in the machine is of international standard, he added.