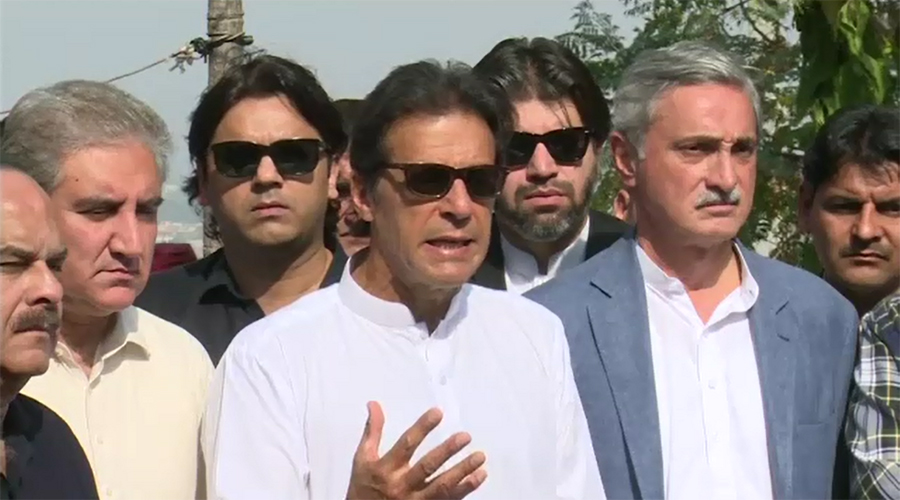 ISLAMABAD (92 News) – PTI chairman Imran Khan has declared Prime Minister Nawaz Sharif a security risk. Talking to the media on Tuesday, he said that why Nawaz Sharif does not name India in the attack. “A big incident occurs when we are about to do something against the government,” he said. The PTI chairman said that the names of those leaking security should be made public. He said that India is carrying out terrorism in Balochistan. “Our sympathies are with the victims of the Quetta tragedy,” he said.