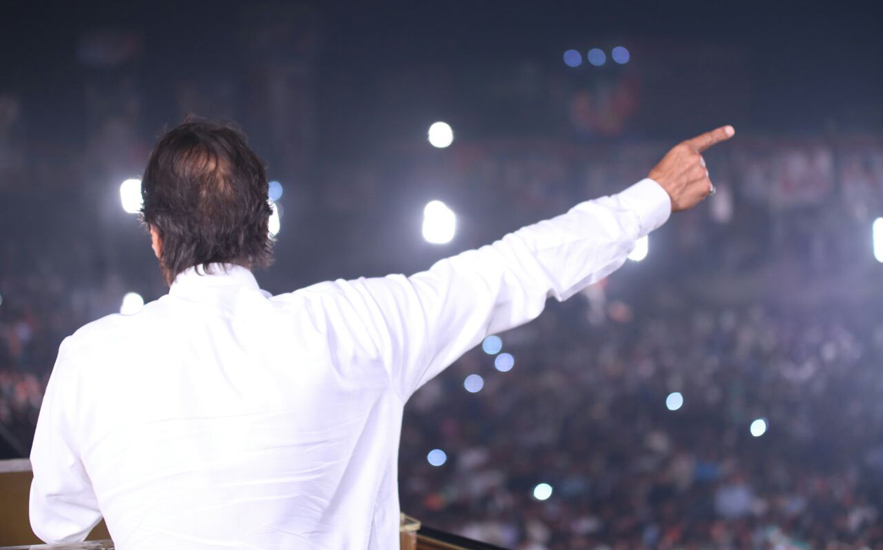 MANDI BAHAUDIN (92 News) – Pakistan Tehreek-e-Insaf chairman Imran Khan has on Sunday once again demanded the government to public the Joint Investigation Team’s (JIT) report of Lyari gang war ring leader Uzair Baloch. Addressing a public gathering in Mandi Bahaudin on Sunday, he said that Uzair Baloch had acknowledged that he killed people on the orders of former president Asif Ali Zardari, adding that he also confessed to killing the body guard of former prime minister Benazir Bhutto. The Lyari gang war ringleader also confessed to seizing 14 sugar mills on the orders of Pakistan Peoples’ Party (PPP) co-chairman Imran Khan, he added. The PTI chairman said that he hasn’t faced politicians but a mafia during the last 21 years, adding that the two mafias have looted the country during the last 20 years. Taking a jibe at the Sharif family, he said that the Sharif mafia has been in power in Punjab for the last 30 years, adding that the Sharif family has become billionaire from a five marla house. Khan said that the Sharif family buys people through money, adding that they also kill people through police. Punjab CM Shahbaz Sharif killed 14 innocent people in Model Town. He said that the PPP co-chairman indebted each of us Pakistanis for Rs. 35,000 but now every Pakistani is indebted for Rs 120,000. “Our ancestors sacrificed a lot for our freedom, adding that we won't let 'politicians' imported from UK to snatch that from us.”