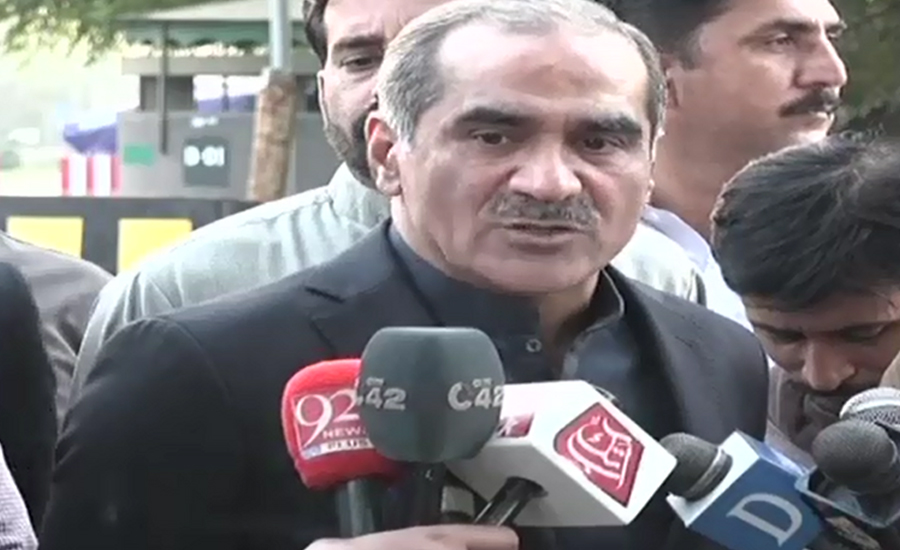 LAHORE (92 News) – Railways Minister Kh Saad Rafique has said that Imran Khan does not even know the spelling of democracy. Talking to the media outside Jati Umrah on Friday, he said that Imran can form an alliance even with the devil for the sake of the power. “We do not need Asif Zardari or Bilawal. The delimitation issue is not of the PML-N, but all parties,” he maintained. He said that today’s meeting had discussed the party organization and the election campaign in Sindh. Khawaja Saad Rafique said that they will continue to call all parties, including the PPP, for democracy. He said that not only the PML-N, but the nation is interested in the election on time. “Zia and Musharraf founded the basis for judicial disqualification whose target was only politicians. Popular politicians are ousted by leveling allegations. The allegations are old each time, but the players are new,” he added.