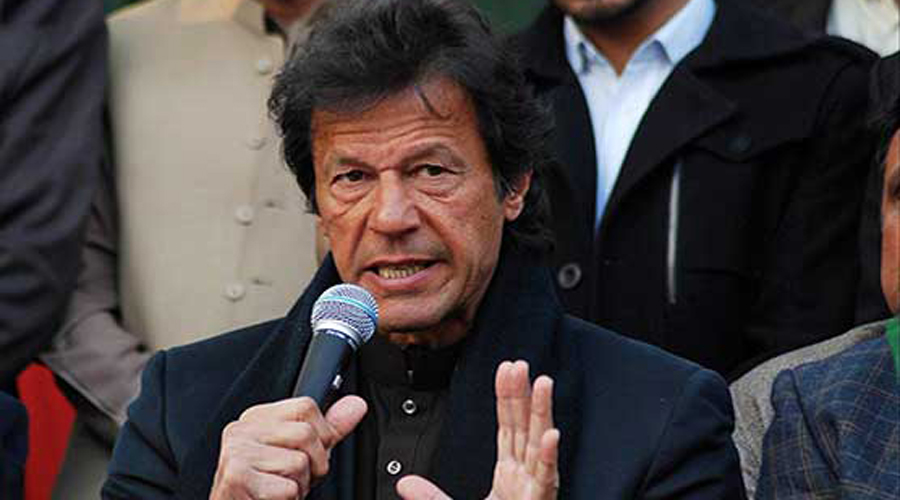 ISLAMABAD (92 News) – Pakistan Tehreek-e-Insaf chairman Imran Khan has on Thursday said that the issue of corruption is very serious and they want accountability. Talking to media outside Supreme Court of Pakistan (SC) in Islamabad, he said that the country’s chief executive is below the law but there is nothing in the country like this but said bringing the king under the law is a good. The PTI chairman said that things were kept hidden from the parliament and today is historic day for the country’s democracy. Khan said that the Supreme Court has summoned Prime Minister Nawaz Sharif but said it doesn’t mean they wouldn’t stage the November 2 protest. He said: “Our two cases are pending in the court for the more than three years, adding that those elected through rigging are involved in corruption. The PTI chairman said that PM Nawaz never presented himself for accountability in the case and justice delayed meant justice denied but he expressed satisfaction with Apex Court hearing over Panama Leaks. He said Sharif was behaving like a king but he would make him accountable before the law. Khan also hoped that the hearing of the case would be completed soon as “justice delayed is justice denied”. He said it was his constitutional right to hold protest and warned of consequences if government tried to stop or detain him. The Supreme Court issued a notice to Prime Minister Nawaz Sharif and other over Panama leaks. A three-member bench headed by Chief Justice of Pakistan Justice Anwar Zaheer Jamali heard the petitions including filed by the Pakistan Tehreek-e-Insaf calling for the disqualification of the prime minister. The case has been adjourned for two weeks.