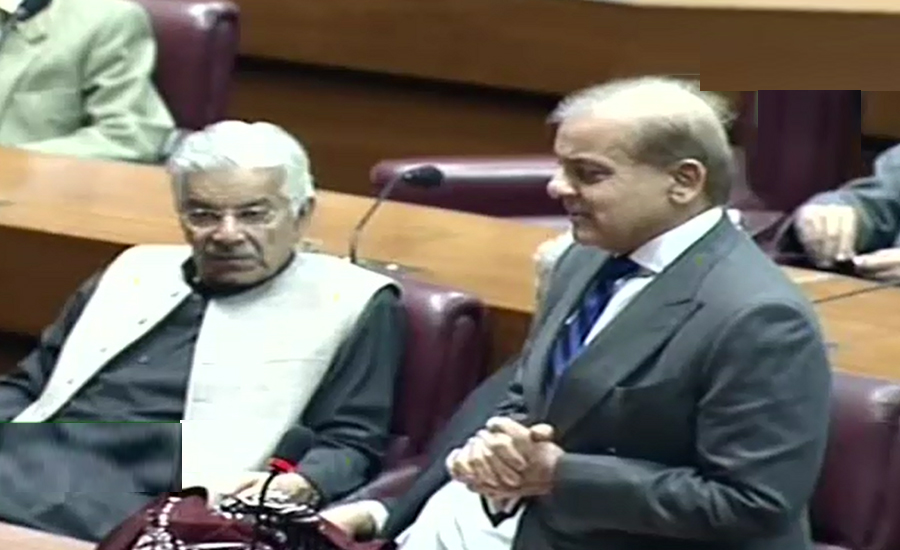 ISLAMABAD (92 News) – Opposition Leader in the National Assembly Shehbaz Sharif has said that Prime Minister Imran Khan has given the NRO to his sister, while he levels allegations against his opponents. Addressing National Assembly session on Friday, he questioned the credibility of the agreement after U-turn and leveling allegations against the opposition. “What happens if the foreign minister returns with a MoU, but the premier dismisses it? Neither world nor Pakistanis can understand PM Khan’s U-turn statement so he should avoid such statements,” he added. He said that PM Imran Khan had claimed that during his government there will be excessive wealth and employment but public is facing record high inflation and high prices of oil and gas. PML-N leader Khawaja Saad Rafique said that the worst political revenge is being exacted in the name of accountability. “The government should tell the opposition how much time it will take in amending the NAB laws,” he maintained.