Imran Khan has admitted his failure, should apologize to people: Bilawal 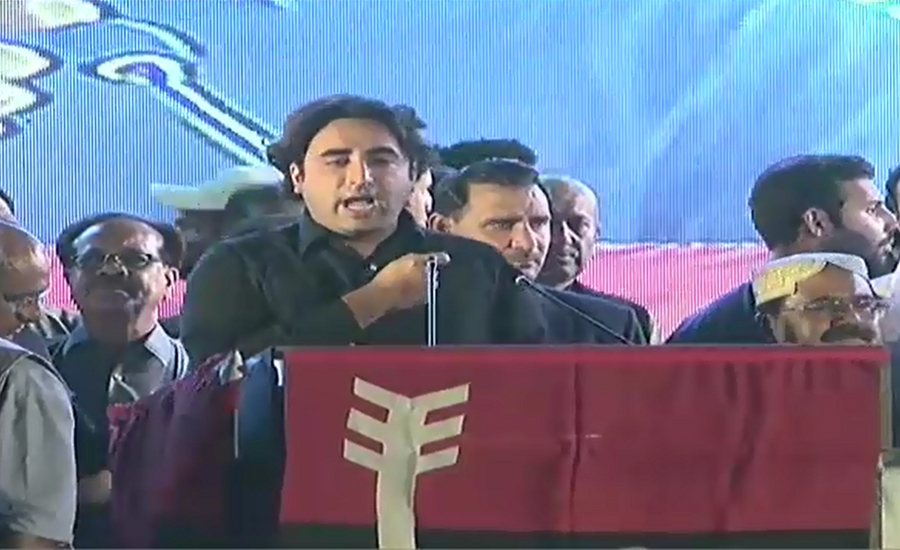 Imran Khan has admitted his failure, should apologize to people: Bilawal

KARACHI (92 News) – PPP chairman Bilawal Bhutto said that Prime Minister Imran Khan has admitted his failure and should apologize to the people. Addressing a public meeting on Wednesday, he said that the present government has wasted eight months of the people. “We are fulfilling the promise of ‘Roti, Kapra and Makan’,” he said. Bilawal Bhutto said that the labourer has been left on the streets in the New Pakistan. “The right of labourers is being snatched, but we will not let it happen. We will snatch the rights of labourers,” he maintained. The PPP chairman said that the investor has always tried to strangle the labourer. “It was Zulfikar Ali Bhutto who gave the first labour policy. Labourers have rights due to Zulfikar Ali Bhutto. Benazir Bhutto lifted the ban on labour unions,” he said. “Sindh is the only province which gave the Child Labour Policy after the 18th Amendment.” Bilawal Bhutto was of the view that Imran Khan admitted the failure of the economic policy by removing the finance minister. “The PM has admitted that only the PPP can run the economy.” He expressed the resolve to counter the anti-people policies of the government. “The deal with the IMF is being concealed. We will not accept the IMF bailout package, if it was not ratified by the parliament,” he said. The PPP chairman claimed that they had received the empty kitty, but given the relief to the poor. He termed the NAB as black law and Musharraf had formed it for political revenge. “Democracy will strengthen if accountability will be done in a right way,” he said. He said that they would expose the fake mandate and rigging of the government. “Fake census was conducted to deprive us of our right.” Bilawal Bhutto expressed the resolve to defend democracy and the 1973 Constitution.