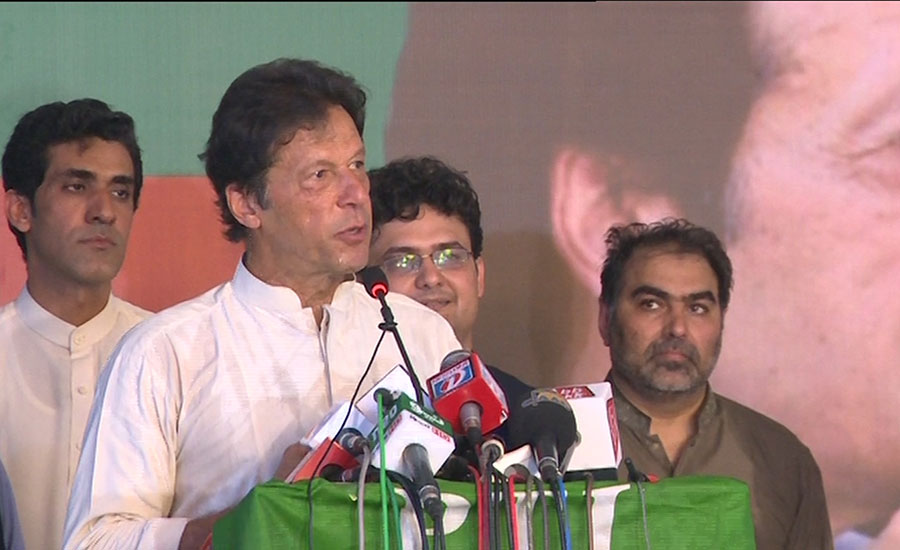 Addressing the workers’ convention on Sunday, he said that he would soon invite the workers to celebrate or remove hurdle in justice.

He said that people terming the JIT report a conspiracy were befooling the nation. “Now they will not go to Jeddah, but Adyala Jail,” he opined.

The PTI chairman claimed that they had given conscious to the nation from the sit-in to till now. “It is called a conspiracy when someone tries to bring the PML-N to justice,” he added.

He said that the Maryam’s ownership of Nelson and Nescol had been proved. “Now a company of Nawaz Sharif has been disclosed in Dubai from where he got 10,000 Dirhams a month,” said Imran Khan.

He said that Nawaz Sharif had been taking money abroad for the last 30 years. “Nawaz should answer to it instead of terming it a conspiracy,” he said.

Imran said that Nawaz Sharif destroyed the parliament, while the NAB is busy protecting the thieves.