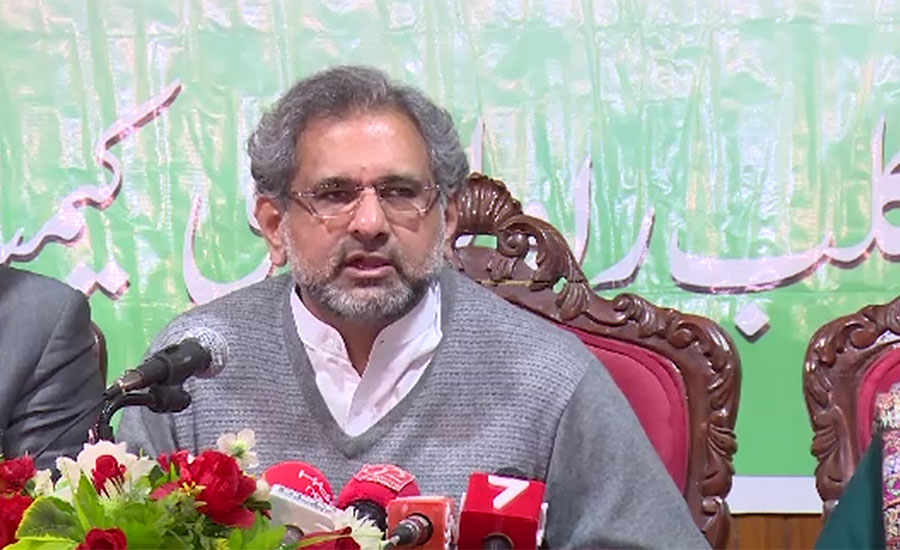 RAWALPINDI (92 News) – Former prime minister Shahid Khaqan Abbasi has termed on Wednesday that Prime Minister Imran Khan is ‘Pakistani Trump who gives ridiculous statements’. Addressing to the press conference, Shahid Khaqan Abbasi said now every child is pronouncing that the general election was not fair and transparent. “The performance of the government is zero, the PTI will not get mandate If the next election to be held before the time,” he mentioned. The former prime minister said that the government has no economic policy, advising that the attention should be given economic problems instead of buffaloes. “We faced every adverse condition and bore the every situation. Imran abused to the opposition as like I mentioned several months ago that he is Pakistani Trump,” he said. “The finance minister always depicts like the face of any country, as far as concerning to our leaders, I pray that don’t come such a time when the people’s trust will be ended on the courts,” Khaqan Abbasi said. “The opposition, army and judiciary should be on the same page but it not right to say that the army is supporter of the Pakistan Tehreek-e-Insaf’s (PTI) manifesto,” the former premier said. He further said that Karatarpur Corridor should be opened to take parliament into confidence.