ISLAMABAD (92 News) – Pakistan Tehreek-e-Insaf (PTI) chairman Imran Khan has on Thursday lashed out at Prime Minister Shahid Khaqan Abbasi for giving an official protocol to former prime minister Nawaz Sharif upon his arrival at the Islamabad airport. In his message on social media website, he said that it was absolutely shameful how a discredited PM, facing a host of financial corruption charges, is given official protocol at tax payer expense. The PTI chairman asked how can PM Shahid Khaqan Abbasi sanction this protocol and Punjab House stay at tax payer expense for a man charged with corruption on multiple counts. Khan accused Abbasi of showing complicity in helping Nawaz Sharif save his ill-gotten, money laundered Rs 300bn stashed abroad as he faces accountability court. He went on to say that it was shocking how ruling Pakistan Muslim League-Nawaz (PML-N) government by providing official protocol to the discredited former PM is glamorizing criminal financial corruption by the Sharifs. 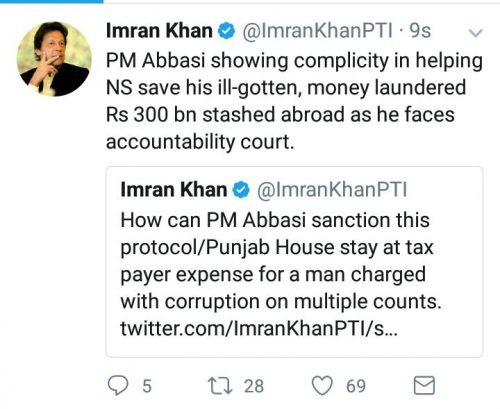 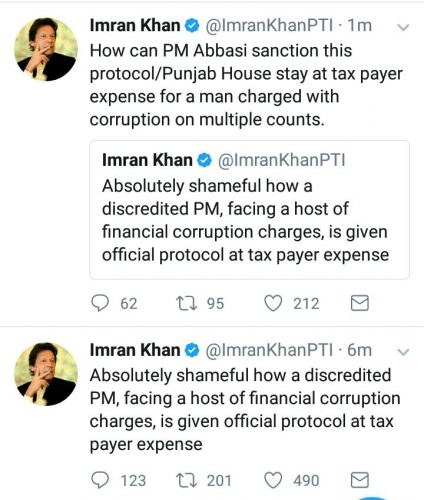