We are ready to cooperate with opposition parties on Panama: Imran Khan 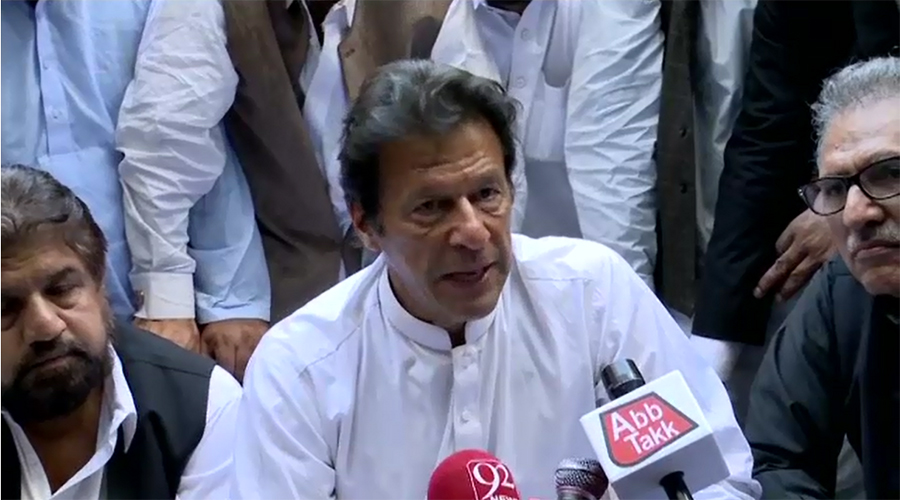 We are ready to cooperate with opposition parties on Panama: Imran Khan

KARACHI (92 News) – PTI chairman Imran Khan has said that they are ready to cooperate with the opposition parties on the Panama Leaks. He also visited the house of the slain PTI worker in Patel Para area on Thursday and condoled with the bereaved family. Speaking on the occasion, he said that the relatives of Fazalur Raheem are not satisfied with the investigation. Earlier, Imran Khan laid the foundation stone of Shaukat Khanum Memorial Cancer Hospital and Research Centre in Karachi.

Addressing the groundbreaking ceremony on Thursday, he said that Pakistan has not been made for Prime Minister Nawaz Sharif and former president Asif Ali Zardari. The PTI chairman said that the Punjab government was trying to build a cancer hospital during its tenure in 1990, but failed when Nawaz Sharif was the chief minister. He said that the country was facing problems, including unemployment and inflation.