PM will have to face accountability, say PTI leaders 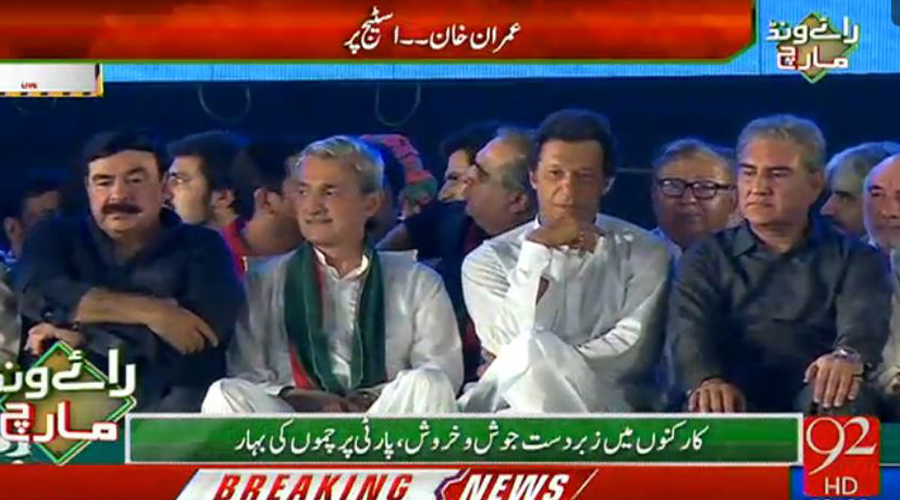 PM will have to face accountability, say PTI leaders

LAHORE (92 News) – The PTI leaders said that Prime Minister Nawaz Sharif will have to face accountability. AML chief Sheikh Rashid said that the political and educational capability of Modi and Nawaz are alike. “Nawaz Sharif phones Modi before going to London,” he said. The AML chief claimed that Nawaz Sharif had provided information about Ajmal Qasab to India. “I suspect the thieves are in collusion with the RAW,” he said. He said that he had advised Bilawal Bhutto not to follow his father and follow the footsteps of his mother and maternal grandfather. He said that he was ready to give his blood for revolution first of all. “We will ransack Jati Umra if Imran Khan grants us permission,” he said. Arif Alvi said that the government sent a reference against Imran Khan instead of investigating into Panama Leaks. Ch Sarwar said that the country’s institutions had become a tool in the hands of the rulers. Workers from different cities have reached the venue. A lot of enthusiasm is being witnessed among the workers waving party flags.