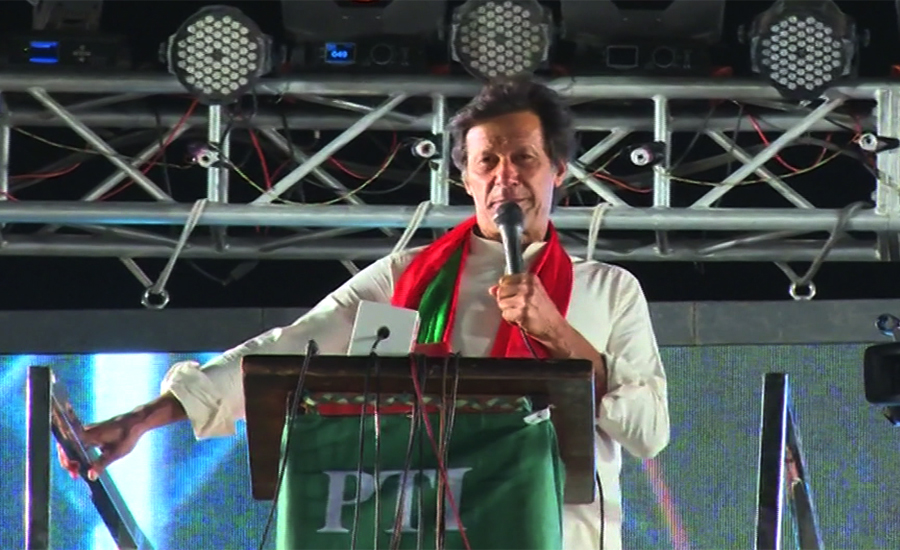 Addressing a big public meeting on Friday, he said that Shahbaz Sharif used to say his name be changed if he did not end loadshedding.

“We are receiving news from every nook and corner of the country that there is no water and electricity,” he said.

The PTI chairman declared that Nawaz Sharif holding a meeting under a tent is terming their Jalsa as ‘Jalsi’.

He said that the rulers had destroyed the country. “It is an international conspiracy to defame Pak Army. Nawaz Sharif also speaks in the language of Modi,” he said.

Imran Khan said that Dawn Leaks investigations should be presented in the parliament. “Nawaz Sharif told a lie in Layyah. Have you ever seen a one-kilometer tent,” he maintained.

Reiterating his demand for PM’s resignation, he said that he would not spare Nawaz Sharif.

AML chief Sheikh Rashid said that Nandipur and Quaid-e-Azam solar plants had been sold. “In the News Leaks, big accused have been saved,” he said.

Shah Mahmood Qureshi said that the PTI will not accept defeat no matter all forces join their hands.

He said that people have proved Sargodha also belongs to Imran Khan.