Imran says history remembers philanthropists, not the rich; prays for Eagles' good performance in next matches 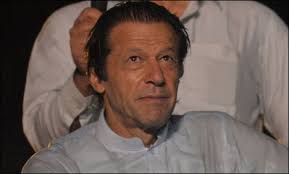 Imran says history remembers philanthropists, not the rich; prays for Eagles' good performance in next matches

ISLAMABAD (92 News) – Pakistan Tehrik-e-Insaf (PTI) chairman Imran Khan has prayed for Pakistan’s good performance in the next matches of the World Cup. Talking to the media on Saturday, he said that people were fearful because South Africa was a strong team. He said that Peshawar Shaukat Khanum Hospital is 20 percent bigger than the hospital in Lahore. “The deficit of Lahore hospital is Rs 3.6 billion. With a huge deficit, a person having faith in Almighty Allah can start another hospital,” he maintained. Imran hoped that Peshawar Shaukat Khanum Hospital would start functioning at the end of this year. He said that history remembers only philanthropists, not the rich. “The world will always remember the people like Mother Teresa,” he said. The PTI chief said that there are several people having the Swiss accounts in the country, but they are afraid of the public. “Only grave’s mud can end their greed,” he said. He said that 110 million people in the country are deprived of two-time meal. Imran Khan disclosed that land has been acquired for a cancer hospital in Karachi. “The cancer treatment in Pakistan is 90 percent less than abroad,” he said.