Imran Khan says a neutral umpire is mandatory for elections 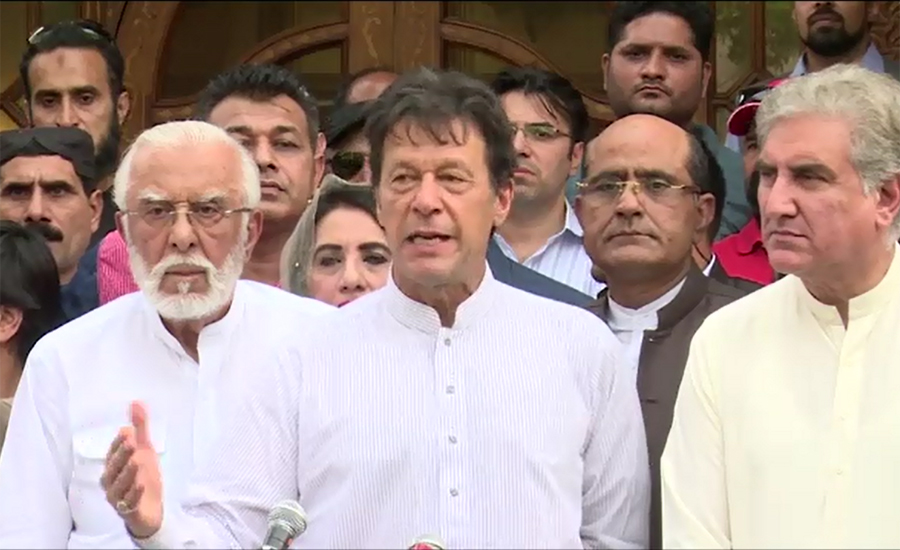 Imran Khan says a neutral umpire is mandatory for elections

LAHORE (92 News) – PTI chairman Imran Khan has said that a neutral umpire is mandatory for the elections. Talking to the media after joining of the PTI by Sardar Zulfiqar Khosa, Saif Khosa and his grandson on Friday, he said that now the Muslim League does not exist and now it has become N League. He said that they have not withdrawn the name of the caretaker chief minister, but given the names with honesty. The PTI chairman said that the PTI wants the elections on time. “The objective of the caretaker government is to hold fair and transparent elections,” he said. He said that the 2018 elections will change the fate of the country and the nation has to decide its fate.