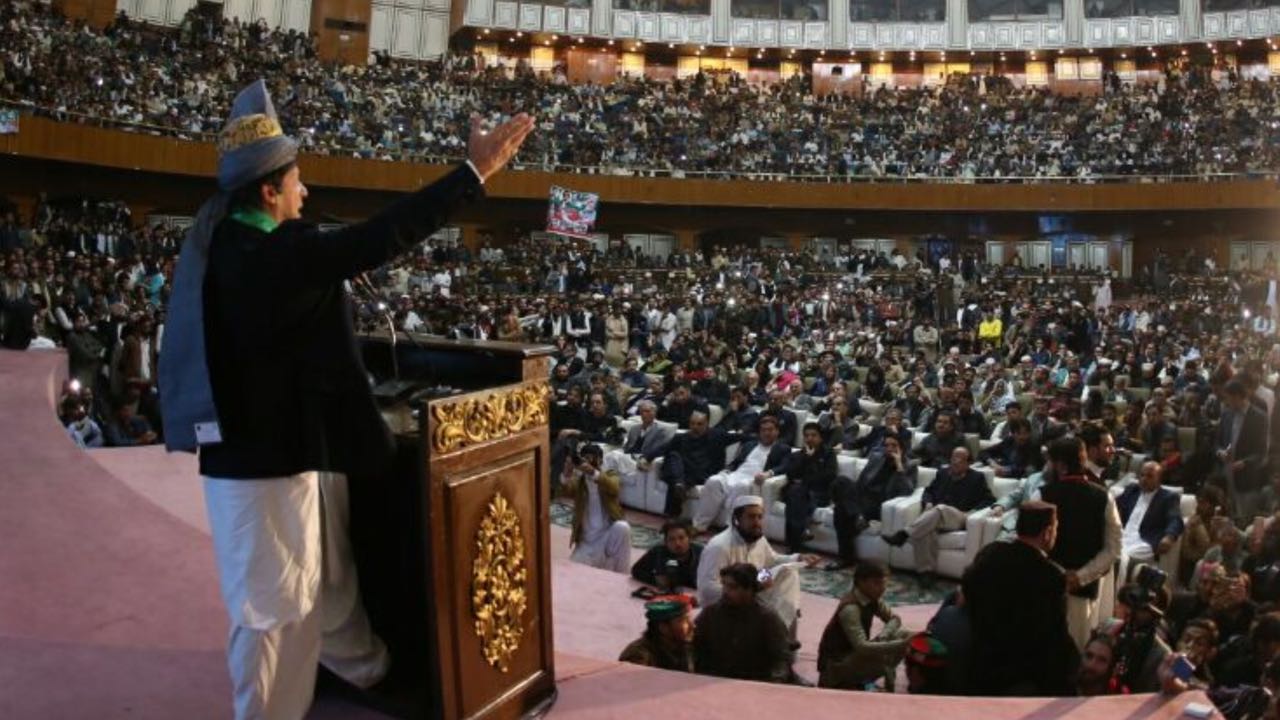 ISLAMABAD (92 News) – PTI chairman Imran Khan said that the FATA conditions were better before the nine-eleven. Addressing a ceremony at Convention Centre on Saturday, he was of the view that the crimes do not happen if the justice system is fair. “The FATA people had decided their inclusion in Pakistan. The   right place for the FATA is Khyber Pakhtunkhwa,” he said, adding that tribal people had rendered big sacrifices in the independence of Pakistan. The PTI chairman said that no one should doubt tribal people’s love for Pakistan, but Pakistan governments did not consider them their own people. He said that the tribal people took out arms to take revenge of drone attacks. “On the order of the US, we subjected the tribal people to cruelty,” he added. Imran Khan said that the old system has been abolished in tribal areas. “Terrorism could return to the area if the gap was not filled,” he feared. He demanded that the government should merge the FATA with Khyber Pakhtunkhwa before the 2018 elections otherwise the people of FATA will suffer for another five years and that is unacceptable. He said that they will leave no stone unturned for the rights of the FATA. Earlier, Imran Khan announced to visit Karachi next week. “We with the people of Sindh will decide the future of Asif Zardari. We have brought Nawaz Sharif to justice and now it is turn of Asif Zardari,” he maintained.