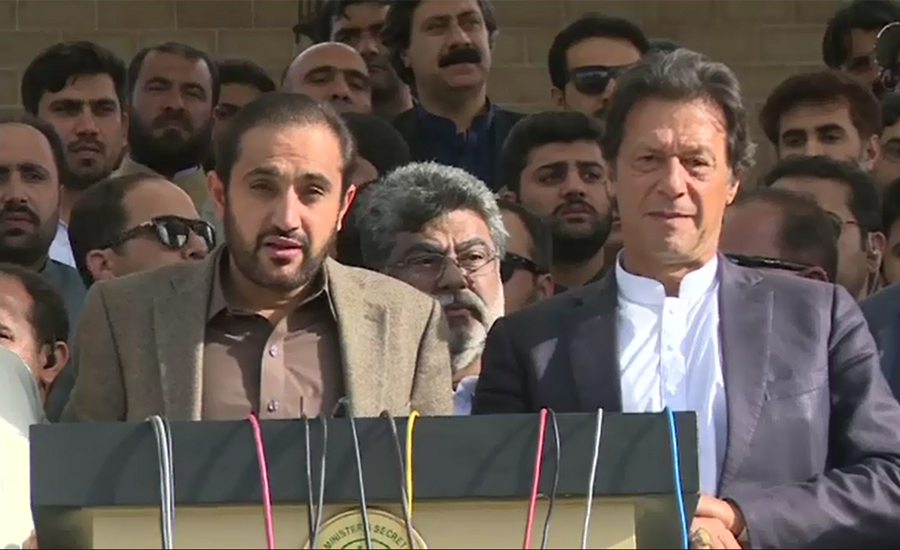 QUETTA (92 News) – PTI chairman Imran Khan has said that Prime Minister Shahid Khaqan Abbasi wants to protect the theft of his master. Addressing a gathering on Thursday, he said that no doubt the PM would have beseeched the CJP for an NRO during his meeting. He said that the Bajwa Doctrine means the COAS stands with the constitution. The PTI chairman also declared Asif Zardari the most corrupt person. On the other hand, Balochistan Chief Minister Abdul Qudus Bizanjo expressed indignation at the statement of PM Shahid Abbasi. He said that they would march towards Islamabad if the prime minister did not withdraw his statement.