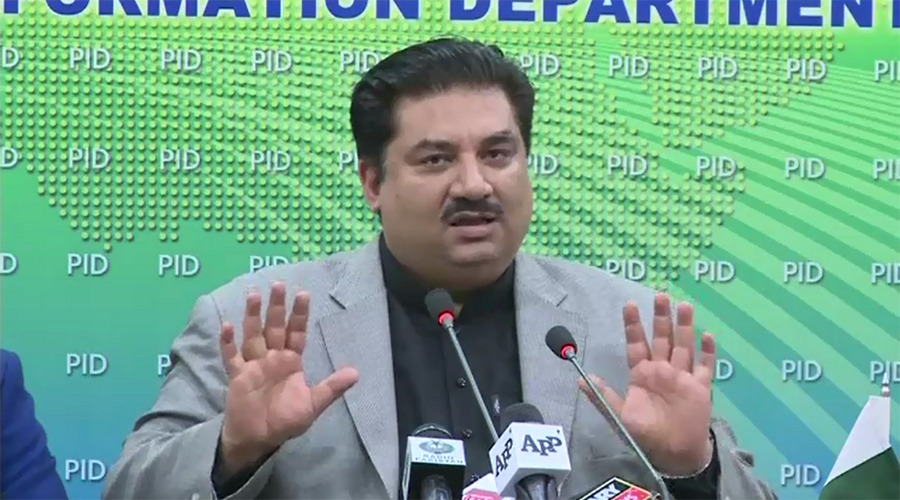 ISLAMABAD (92 News) – PML-N leaders said that PTI Chief Imran Khan has failed to submit any proof before the court in Panama Leaks case. Addressing a news conference along with Parliamentary Secretary for Information and Broadcasting Mohsin Shahnawaz Ranjha in Islamabad on Thursday, Commerce Minister Khurram Dastgir said that Imran Khan should now shun the politics of baseless allegations and present evidence in the court. The commerce minister said that Imran Khan's moves are hindrance in the path of progress and development of the country. He said that China-Pakistan Economic Corridor project was delayed for eight months due to the sit-ins of PTI in Islamabad. Mohsin Shahnawaz Ranjha said that the baseless allegations of money laundering could not be proved in the court as well. He said that the PTI also failed to present any proof regarding the allegation of loans write-off. He said Prime Minister Nawaz Sharif has presented his family for accountability. He said that it is the Supreme Court to decide the case not Imran Khan. He said the lawyers of Imran Khan were taking now u-turns in the case. He said one of PTI lawyers withdrew himself from pleading the case due to weak evidences.