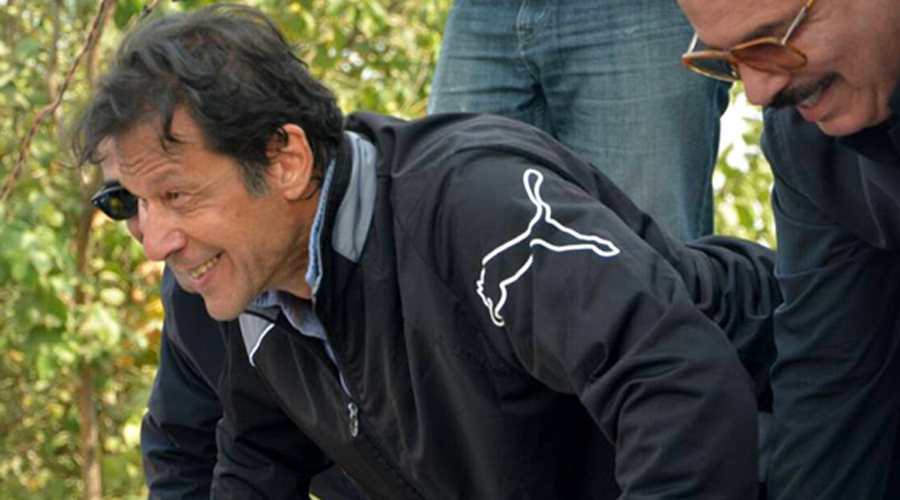 ISLAMABAD (92 News) – Pakistan Tehreek-e-Insaf (PTI) chairman Imran Khan has on Monday did pushups two days ahead of party’s planned November 2 protest. The PTI chairman along with other party leaders and workers including singer Salman Ahmed did press-ups. Khan also directed party workers to stay fit. Pakistani opposition leader dismissed accusations his planned shutdown of the federal capital could lead to a military coup, saying Prime Minister Nawaz Sharif "can't hide behind 'democracy in danger'" to quash protests. Khan vowed to bring a million people into Islamabad on Wednesday to paralyze the government and force Sharif either to resign or allow an inquiry into the "Panama Papers" revelations about his family's offshore wealth. The PTI chairman said that police have him under virtual house arrest after the city banned public gatherings ahead of Wednesday's planned protest and arrested scores of PTI workers. He dismissed claims he wants the army to topple Sharif, as it did when Sharif was in power in the 1990s, and said the protests aim to hold the prime minister to account for alleged corruption. "How can a democrat want the military to come in?," Khan said. "He has to answer. He can't hide behind 'democracy in danger'."