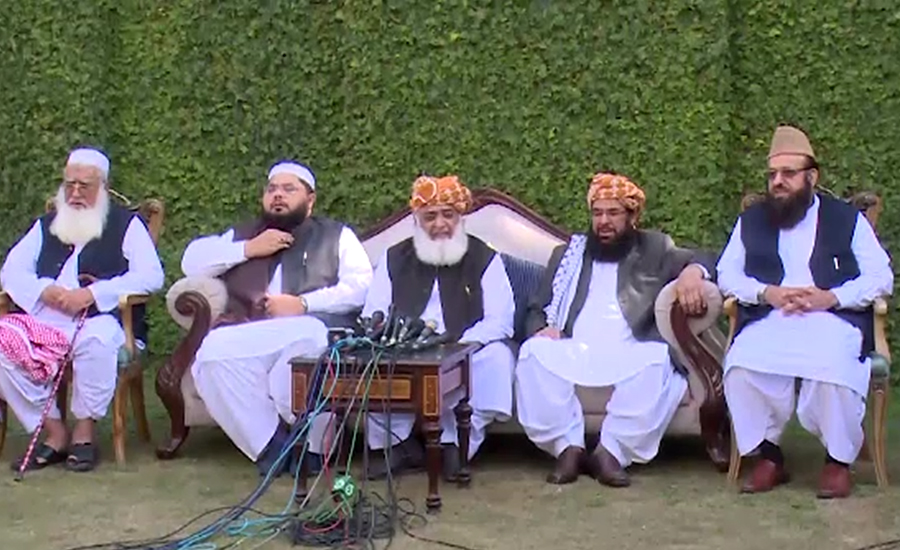 ISLAMABAD (92 News) – MMA chief Maulana Fazlur Rahman has said that the time of Prime Minister Imran Khan is over and he has lost his senses over the all parties conference which is in the phase of proposal. Addressing a press conference on Thursday, he said that it is not accountability, but political revenge. “The prime minister is bogus and has no mandate. He should not hurl threats,” he said. The MMA chief said that the prime minister had presented the country as corrupt and bankrupt in International Investment Conference held in Saudi Arabia. To a question about the offer of a container, he said that it is nonsense and he never did the container politics.