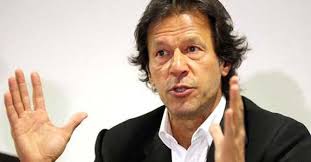 PESHAWAR (92 News) - Pakistan Tehrik-e-Insaf (PTI) chief Imran Khan has said the change is impossible under the present system. Talking to the media on Friday, he said that there is need to implement the law of punishment and reward in the country. He said that he will stage a sit-in, if needed, for the rights of the people of Khyber Pakhtunkhwa. He said that they are introducing a new system in the fields of education and health. “The people will feel a change after three months. The people’s problems will be resolved after the local government polls,” he maintained. He admitted that they could not work properly in Khyber Pakhtunkhwa. He said that he has also threatened to stage a sit-in for not passing the China-Gawadar Road through Dera Ismail Khan. Earlier, the PTI chief launched the Sehat Ka Ittehad programme. Speaking on the occasion, he said that polio virus is on the rise in Khyber Pakhtunkhwa. “People will not be able to go abroad for not getting the vaccination,” he maintained. He said that children should be administered drops to protect them from fatal diseases. He said they are launching the Sehat Ka Ittehad programme in collaboration with the federal government. He said that the world recognized the Sehat Ka Insaf programme introduced by them last year. Imran said that the WHO and Bill Gates had congratulated them on phone in this regard.