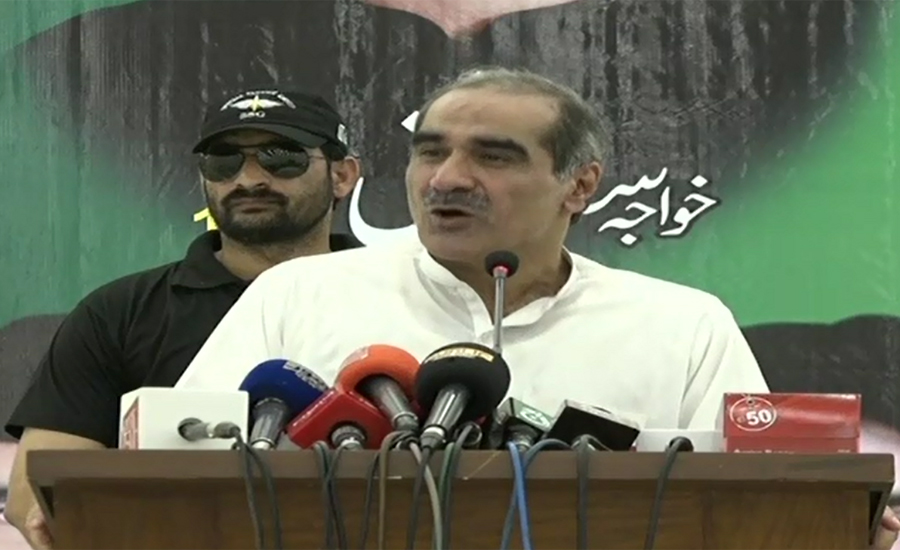 LAHORE (92 News) – PML-N candidate from NA-131 Khawaja Saad Rafique has said that they have been divided by bifurcating the constituencies. Addressing a public meeting on Thursday, he said that a special constituency has been created for the ‘favourite’. “I have been inviting Imran Khan to contest against me since long. Now the people of NA-131 will teach him about the elections,” he said. Kh Saad said that Imran moves court when they construct the Motorway. “He mounted the mountains when dengue attacked Khyber Pakhtunkhwa,” he added. He said that Imran Khan launched the campaign for a Jew mayor in London. “He prostrates before the graves to become the prime minister, which is forbidden in Islam.” The former minister said that the PML-N eliminated terrorism and formed 20 medical colleges and universities. He asked the people to put the stamp on the ‘Lion’ on July 25 to teach Imran Khan a lesson.