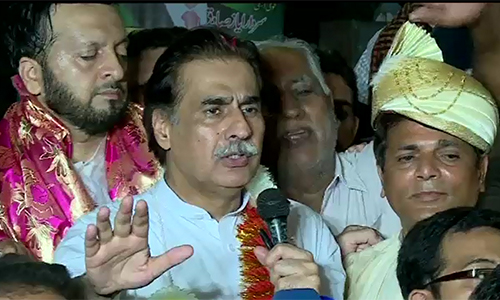 LAHORE (92 News) – Sardar Ayaz Sadiq has said that Imran Khan Niazi who is challenging Nawaz Sharif should first contest the election against him. Addressing a gathering on Wednesday, he said that he had accepted the verdict of the tribunal. “Why has he been fined for the disorder of the election machinery?” he questioned. He said that why the presiding officer has not been fined. Sardar Ayaz Sadiq said that Imran Khan had leveled the allegations as he could not win the election directly. He said that the people would end the politics of sit-ins. The former speaker said that Pakistan is heading towards prosperity and no one could stop it.