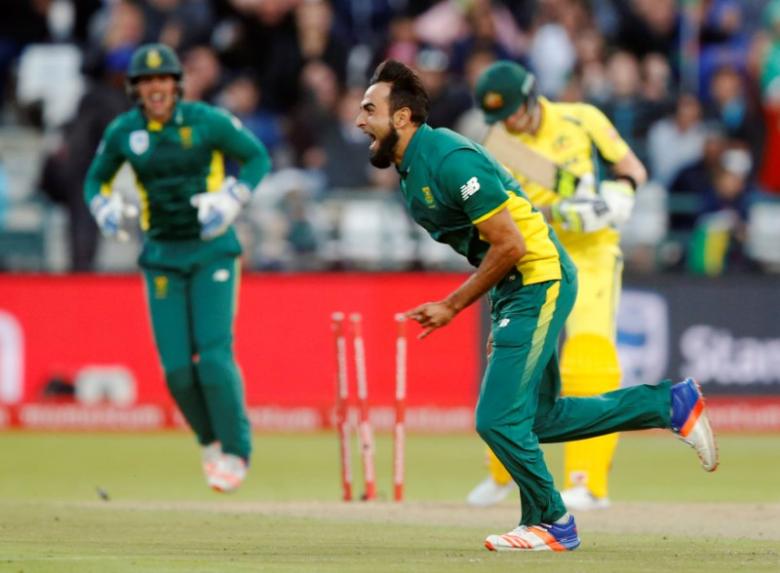 CAPE TOWN – Spinner Imran Tahir has been fined 30 percent of his match fee for his heated exchange with Australia batsman David Warner, while South Africa were penalised for maintaining a slow over-rate in Wednesday's fifth ODI against Australia in Cape Town. Tahir showed a lack of respect towards the umpires when he ignored them during his verbal spat with Warner and the behaviour was deemed "contrary to the spirit of the game", the International Cricket Council (ICC) said. Captain Faf du Plessis was docked 20 percent of his match fee and the rest of the team 10 percent after South Africa fell one over short of their target. Du Plessis will face a suspension if he captains South Africa to another over-rate offence within the next 12 months. Both Du Plessis and Tahir pleaded guilty and accepted the sanctions. –Reuters