Imran to contest from 5 constituencies, Bilawal will vie for NA-246 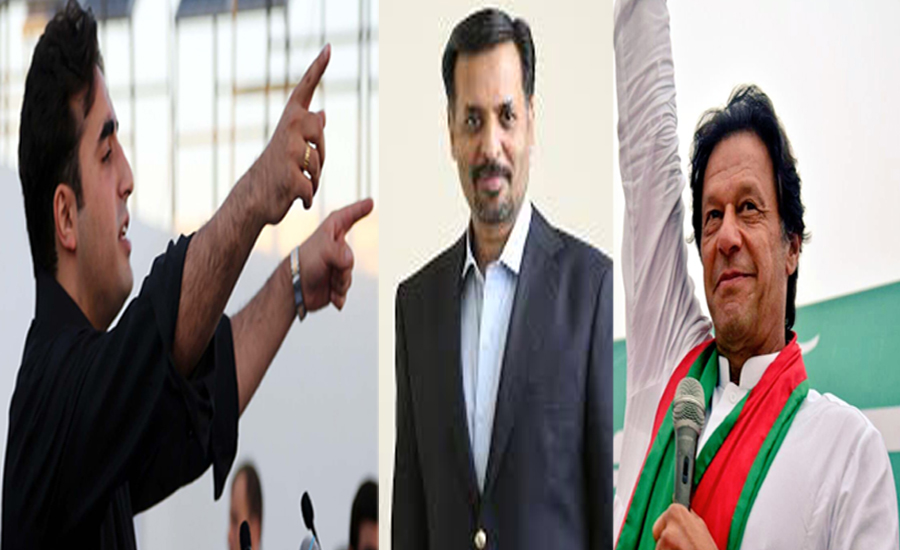 Imran to contest from 5 constituencies, Bilawal will vie for NA-246

KARACHI (92 News) – PTI chairman Imran Khan will contest the 2018 general elections from National Assembly constituencies of Lahore, Karachi, Rawalpindi, Mianwali and Bannu. In Lahore’s NA-131, Imran Khan will face former federal minister Khawaja Saad Rafique while Akram Durrani will be in the race against him in Bannu’s NA-26. In Karachi, he has submitted the papers for NA-243. PPP chairman Bilawal Bhutto has submitted the nomination papers for Layari’s NA-246. Arif Alvi, Mushahidullah Khan and Afaq Ahmed will contest the elections from Karachi. However, several new faces have emerged for the provincial assembly seats. PSP chief Mustafa Kamal has submitted the nomination papers from national and provincial assembly seats from three districts. PPP’s Abdul Qadir Patel filed his nomination papers from NA-248. To the contrary, candidates belonging to MQM both factions submitted their papers separately. PIB’s Faisal Rafique, Nishat Zia Qadri and Bahadarabad Group’s Mehfooz Yar Khan submitted their papers to their returning officers. As many as over 200 candidates have filed their papers for 65 seats of the National and provincial assemblies in six districts of Karachi. Meanwhile, Imran Ismail, Faisal Vowda and Senator Mushahidullah Khan have also selected their constituencies. On the other hand, 11 more candidates will file their nomination papers until June 11.