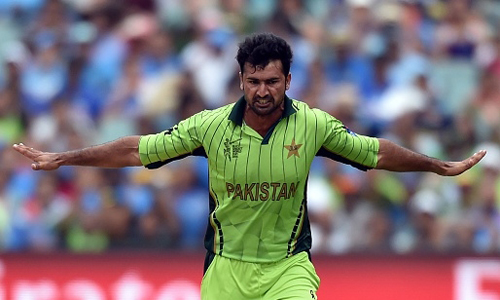 DHAKA - Fast bowler Imran Khan will replace Sohail Khan, who has not recovered sufficiently from his back injury, for the two-test series in Bangladesh, the Pakistan Cricket Board said.

The 31-year-old Sohail suffered back spasms and missed the three-match one-day international series, which Pakistan lost having gone down in the first two matches.

The first of the two tests start in Khulna on April 28 with the second match in Dhaka from May 6. - Reuters