Imran wants to become political martyr but this will never happen: Ahsan 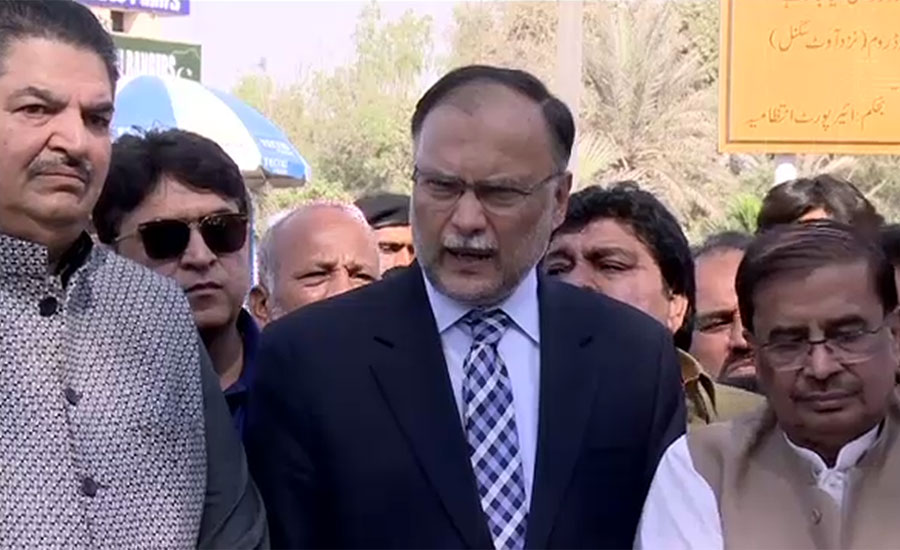 Imran wants to become political martyr but this will never happen: Ahsan

KARACHI (92 News) – Pakistan Muslim League-N (PML-N) leader said on Thursday that Prime Minister Imran Khan is trying hard that he becomes a political martyr but this would not be happened. Speaking to the journalists at the Karachi airport, the PML-N leader taking a jibe at the government, said, “If government thinks that you can hide your flaws through our arrests then you are wrong. We will not let you hide and will tell the nation that a failure is a failure.” The former interior minister said that Imran Khan is trying hard that he becomes a political martyr and say that the opposition is pulling his legs. “Imran Khan your 100 days proved to be 100 U-turns. We want your government to continue its term. The nation on a daily basis has to pay for your U-turns,” he termed. To a question regarding former PM Nawaz Sharif’s silence, the PML-N leader said that when Nawaz Sharif speaks there will be no U-turn. The PML-N leader also criticised the Pakistan Tehreek-e-Insaf (PTI) government and said no prime minister defame his country across the world and how the investor will come to Pakistan in this environment. “We are clean and not afraid of your threats. We will defend ourselves from the false cases, he further said.