Imran won’t get a chance even if entire Pakistan resigns: Ahsan Iqbal 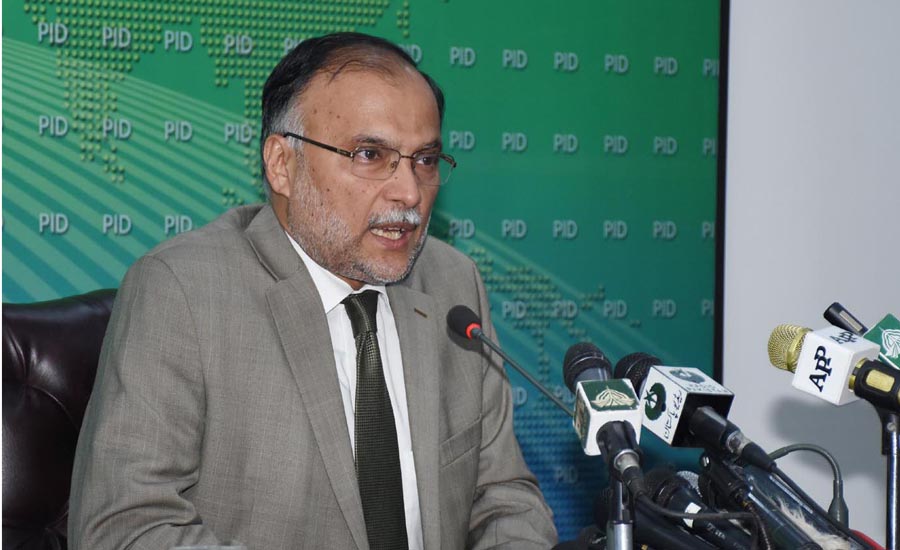 Imran won’t get a chance even if entire Pakistan resigns: Ahsan Iqbal

ISLAMABAD (92 News) – Interior Minister Ahsan Iqbal has said that Imran Khan will not get a chance even if the entire country resigns. Addressing a press conference on Wednesday, he said that Imran Khan is busy fomenting controversy like belligerent persons and accusers. He said that Imran had not learnt anything from his cricket career. “Imran has only one principle – sling mud on everyone,” he said. The minister asked Imran to let them do work and do not indulge in baseless criticism. “We also know how to respond to your (Imran) criticism.” He said that he had received an ‘Iqama’ about the organization of Madina Institute of Entrepreneurship and did not get a single penny. “Imran Khan can move court in this regard,” he said. Ahsan Iqbal said that a conspiracy is being hatched to pitch the Muslims against Muslims in the country. “There should be consultation between the government and the opposition on the caretaker prime minister,” he suggested.