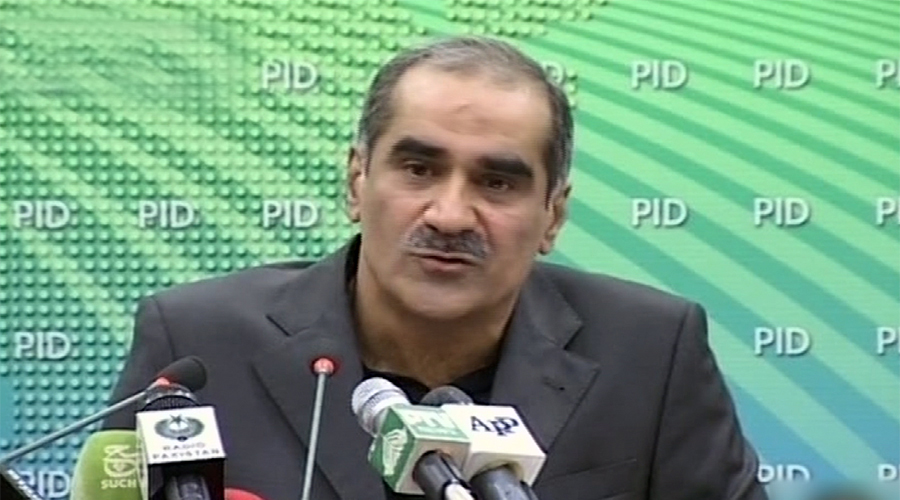 ISLAMABAD (92 News) – Railways Minister Kh Saad Rafique has said that Imran Khan’s steps have become a threat to democracy. Addressing a press conference on Thursday, he said that the CPEC is a project of the progress of the country. “We are seriously working to overcome the power crisis. All departments of the railways have improved through the concrete steps,” he said. The minister said that they would be successful in the 2018 elections on the basis of their performance. He said that Army and police personnel had embraced martyrdom in the Quetta tragedy. “It is wrong to point fingers at others instead of looking at himself,” he said. He said that Imran Khan should undergo a medical check-up. “Imran Khan is the founding father of offshore companies,” he said. The minister said that the Punjab is still licking the wounds inflicted by Pervaiz Elahi.