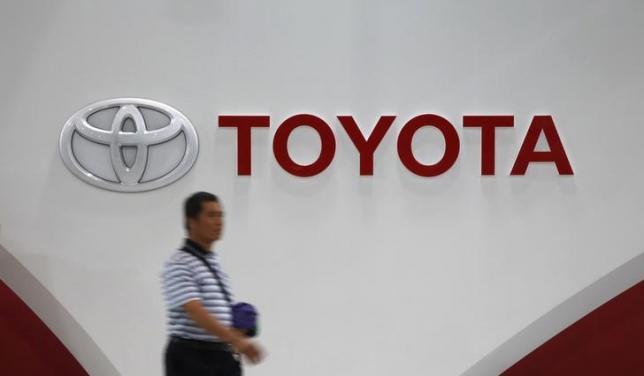 TOYOTA CITY - In a corner of Toyota's oldest factory, the Japanese carmaker's longest-serving employee preaches the benefits of craftsmanship, saying manual labor is the key to success in a highly automated automotive industry. Mitsuru Kawai, 67, joined Toyota's technical academy from junior high school more than half a century ago, and believes that even in today's sleek, streamlined, robot-filled factories there's a place for manual skills to be learned, honed and encouraged. The world's biggest automaker will this year launch its first car as part of its Toyota New Global Architecture (TNGA) initiative - where common platforms and powertrains will be used across many models, cutting production costs by as much as a fifth. This should make production processes "simpler and slimmer" by cutting down on the variations of parts across the range of models. But Kawai, senior technical executive, has made it his mission to set aside part of each Toyota factory for manual labor - an area where creative ideas keep flowing. "Today's automation is the result of quantifying, standardizing and building in the exceptional skills that people honed by hand," Kawai told reporters at the Honsha plant on Friday, noting that even the model for the new TNGA platform was hand-forged, then worked into a blueprint. "To keep building better cars, we have to take our manual skills to the next level. Machines can't train machines," said Kawai, the last surviving employee to have worked with Taichi Ohno, the founder of the vaunted Toyota Production System, which gave the world 'just-in-time' production. BACK TO BASICS One recent 'kaizen', or improvement, introduced at the Takaoka plant in central Japan this year: a molding machine that uses electric currents rather than a gas furnace, helping reduce the space needed for the process by 60 percent, and costs by a fifth. Kawai's 'back to basics' approach fits Toyota President Akio Toyoda's strategy for the company his grandfather founded. Despite brisk sales growth, Toyoda declared a 3-year freeze from 2012 on new factories, calling an "intentional pause" to ensure Toyota's expansion is measured and sustainable. "When I graduated from the academy and started working in 1966, Toyota had two factories producing 300,000 vehicles," Kawai recalls. "Last year, we built 10 million ... We're at the stage where we're trying to make sure sustainable growth can continue." Toyoda recognizes the role that factory hands have played in the company's success. Kawai, 67, will be promoted next month to senior managing officer - the first blue-collar worker to join Toyota's executive ranks. - Reuters