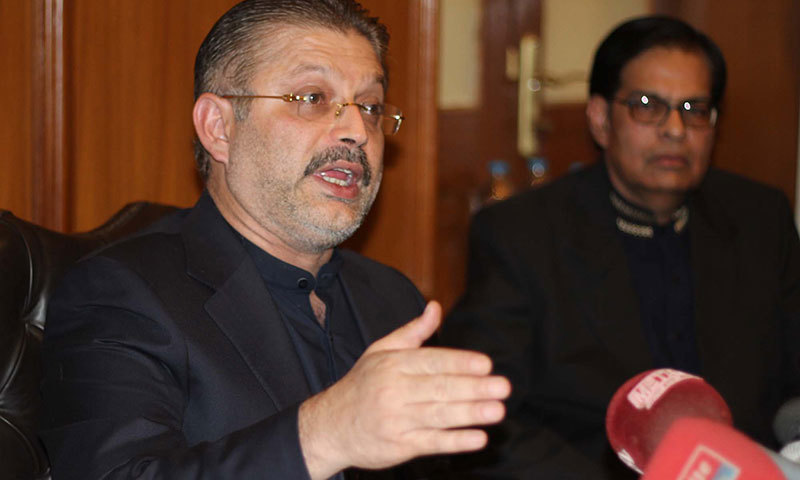 KARACHI: Sindh Information Minister Sharjeel Inam Memon on Monday said that the criticism on Baldia factory fire's Joint Investigation Team (JIT) report was not appropriate. Speaking to reporters outside the Sindh Assembly building, Memon said: “JIT has joint representatives of several institutions such as police, Rangers, Inter-Services Intelligence (ISI), Military Intelligence (MI) and Intelligence Bureau (IB) to carry out investigations…to reject it or to say the findings are wrong is not appropriate.” Earlier on Sunday, Muttahida Qaumi Movement (MQM) chief Altaf Hussain had criticised the Rangers’ JIT report on the Baldia factory fire. The report had blamed MQM for the deadly incident on the basis of a suspect’s confessional statement. The MQM chief was critical of headlines of the JIT report in the print media and said some television channels rejoiced and his party’s rivals backed by some elements in the establishment came out with all guns blazing. “Call foreign detectives [to investigate the Baldia Town factory fire] and get it re-investigated. If it is proved that MQM’s men are involved then there should be no leniency and they should be hanged,” he had said. Addressing Army Chief General Raheel Sharif, DG ISI Rizwan Akhtar, heads of IB, FIA and Sindh IG, he said that because of such reports, half the country had been lost and warned that if “we don’t reform ourselves then the remaining half, God forbid, will be lost too”. He had termed the JIT a “joint interrogation tabloid team” and said its report was prepared on the pattern of tabloids that printed spicy stuff. He had said that some anchorpersons went for an overkill to defame the MQM. If an individual committed a crime it was his own act and could not be described as that of a party, he added. REPORTS