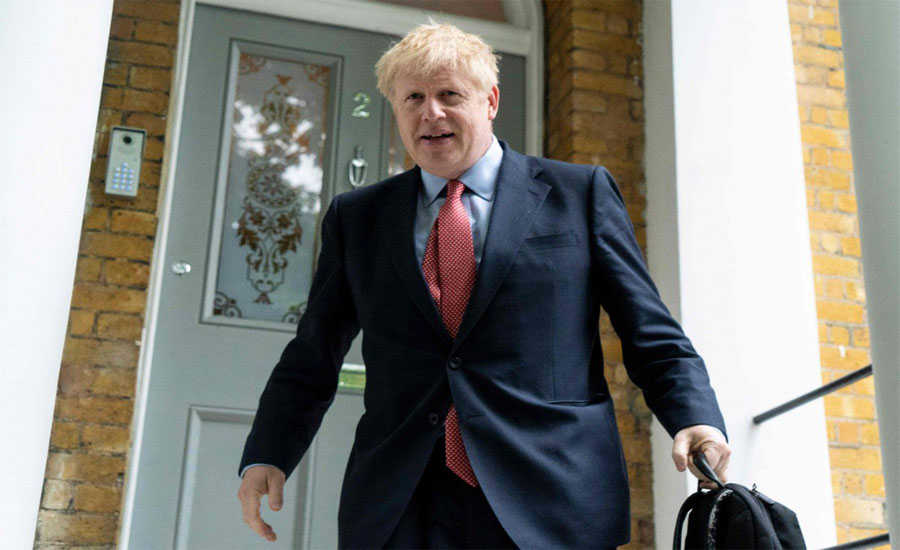 LONDON (Web Desk) - Boris Johnson takes office as British prime minister today and will then unveil the names of the team he has tasked with delivering Brexit by the end of October, with or without a deal. Johnson enters Downing Street at one of the most perilous junctures in post-World War British history - the United Kingdom is divided over Brexit and weakened by a three-year political crisis since the Brexit referendum. His pledge to energize the country and deliver Brexit - do or die - on Oct. 31, sets the United Kingdom up for a showdown with the European Union and thrusts it toward a potential constitutional crisis, or election, at home. “Like some slumbering giant we are going to rise and ping off the guy-ropes of self-doubt and negativity,” Johnson, 55, said on Tuesday after he was elected by Conservative Party members. “We are going to energize the country. We are going to get Brexit done on Oct. 31 and we are going to take advantage of all the opportunities it will bring in a new spirit of can do.” Wednesday will combine arcane British political choreography with the realpolitik of appointing a new government - likely to be heavy on Brexit supporters. Prime Minister Theresa May will leave Downing Street after a three-year premiership that was mired by crises over Brexit. She will travel to Buckingham Palace to formally tender her resignation to Queen Elizabeth. Johnson will then have an audience with the queen who will request he form an administration. His formal title will be “Prime Minister and First Lord of the Treasury”. He will enter Downing Street in the afternoon and is expected to give a speech before appointing key members of the government - names that could give a hint of how he will handle Brexit, Britain’s most significant decision in decades. “Boris will build a cabinet showcasing all the talents within the party that truly reflect modern Britain,” a source close to Johnson said. SOURCE: REUTERS