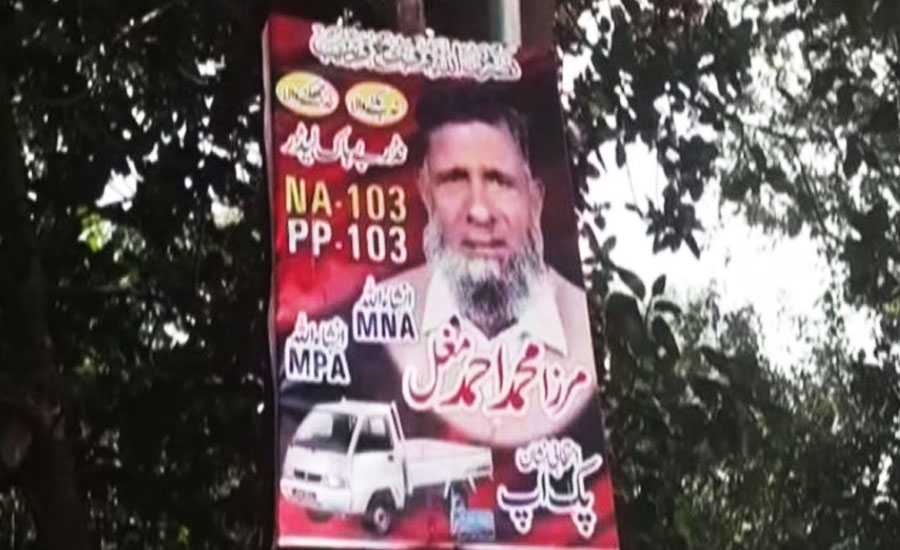 FAISALABAD (92 News) – Independent candidate Mirza Mohammad Ahmed Mughal from NA-103, PP-103 constituencies for the upcoming general elections allegedly committed suicide on Saturday here. According to the sources, Ahmed Mughal shot himself dead after an alleged dispute with his family. The deceased was contesting the polls on the electoral symbol of a pickup truck. The sources also said that he committed suicide after dispute his sons because his sons were not supporting him in the election. The Election Commission of Pakistan has issued a notification stating election activities have been suspended in the NA-103 and PP-103 constituencies