NEW DELHI (92 News) – India has turned out to be the "third most dangerous country in the world" in terms of violence against journalists. The murders of journalists two in Bihar and Jharkhand within 24 hours of each other confirmed a 2015 international report that named India among the three most dangerous countries for media personnel. Since 1992, 64 journalists have been killed in India with reporters exposing corruption the most hunted, says a compilation by the Committee to Protect Journalists. The high death rate of journalists in the country is only lower than war-torn Iraq and Syria. India is the deadliest nation for reporters in Asia, more than Pakistan or Afghanistan. 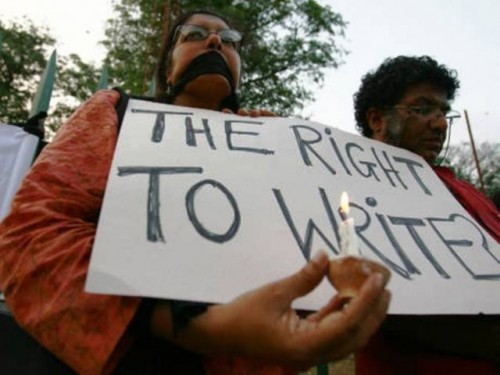 The poor record is primarily because of an absence of any mechanism to protect journalists. The Press Council of India (PCI) is virtually toothless with its recommendations not binding on any authority. “It’s a matter of grave concern that three journalists were killed in India in the last four months and another died in a tragic accident while on the line of duty,” said PCI chief justice (retd) Chandramouli Kumar Prasad.