India admits Mi-17 chopper shot down by own missile 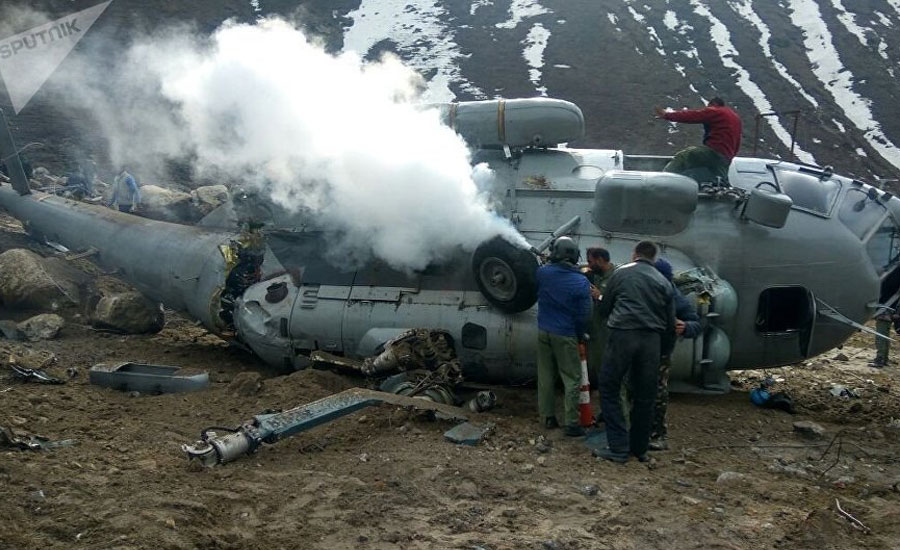 India admits Mi-17 chopper shot down by own missile

NEW DELHI (Web Desk) – India admitted that the Mi-17 chopper crash in Kashmir on February 27, that left six personnel killed, was shot down by its own missile mistakenly hit it, India Today reported. “The Court of Inquiry (COI) has been completed and it was our mistake as our missile had hit our own chopper,” Indian Air Cheif Marshal Rakesh Kumar Singh Bhadauria said on Friday while talking to the media. This is the first time that the Indian Air Force has acknowledged its mistake. ACM Bhadauria said action will be taken against two IAF officers. “We will ensure such mistakes are not repeated in future,” he added. Those who lost their lives will be declared battle casualties, he said. The CoI ordered an investigation into the crash. CoI found at least four officers, including a Group Captain, responsible for the chopper crash over Srinagar when India and Pakistan were engaged in a short aerial battle, Indian defence sources had stated earlier. The incident had taken place during a period of escalation between Pakistan-India, the same day that the Pakistan Air Force (PAF) shot down an Indian aircraft arrested an Indian pilot, Wing Commander Abhinandan Varthaman, on the ground. Pakistan later handed over the arrested Indian air force pilot as a goodwill gesture.
On February 27, the Pakistan Air Force (PAF) shot down two Indian jets on Wednesday, giving the first surprise to India.  According to the ISPR, the Indian jets had violated the Line of Control. The PAF gave a timely response and destroyed them. The Pak Army jawans arrested one of the pilots. The wreckage of one of the jets fell in the Pakistani territory, while the wreckage of another jet fell in Occupied Jammu and Kashmir.