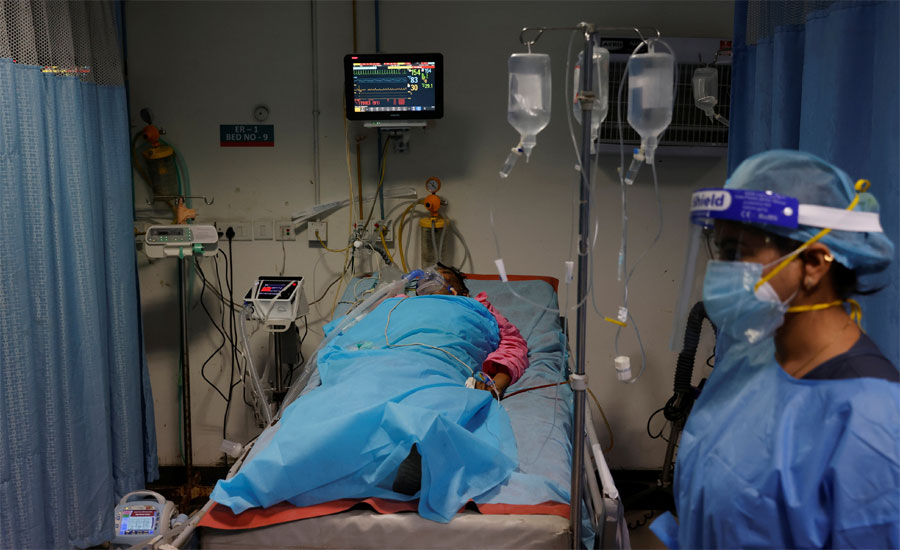 On the other hand, India has ordered tighter surveillance of a rare fungal disease hitting COVID-19 patients, officials said on Thursday, piling pressure on hospitals struggling with the world's highest number of daily infections of the novel coronavirus.

Doctors believe that the use of steroids to treat severe COVID-19 could be causing the rash of cases because those drugs reduce immunity and push up sugar levels.

Health Secretary Lav Agarwal said in a letter to state governments that mucormycosis had emerged as a new challenge for COVID-19 patients on steroid therapy and those with pre-existing diabetes.

"This fungal infection is leading to prolonged morbidity and mortality among COVID-19 patients," he said in the letter reviewed by Reuters on Thursday.

He gave no numbers of the Mucormycosis cases nationwide but Maharashtra, one of the states worst hit in the second wave of coronavirus infections, has reported 1,500 cases of it.

Agarwal asked state governments to declare it as a "notifiable disease" under the Epidemics Act, meaning they have to identify and track every case.

India on Thursday reported 276,110 new coronavirus infections over the previous 24 hours, slightly higher than a day earlier but well below the 400,000 high seen at the beginning of this month in a devastating second wave.

The total caseload stands at 25.77 million, the world's second highest after the United States. Deaths rose by 3,874 overnight, taking the total tally 287,122.

But with hospitals and crematoria overflowing and the health system overwhelmed, it is widely accepted that the official figures grossly underestimate the real impact of the epidemic, with some experts saying infections and deaths could be five to 10 times higher.

The second wave has penetrated deep into the countryside and the additional burden of mucormycosis has hit a rural health system ill-equipped to cope.

SP Kalantari, a doctor based in Sevagram, a town in Maharashtra, said that a team including ear, nose, and throat surgeons, ophthalmologists and neurologists was needed to treat mucormycosis.

"Unfortunately, this kind of team does not exist in rural areas," Kalantari said.