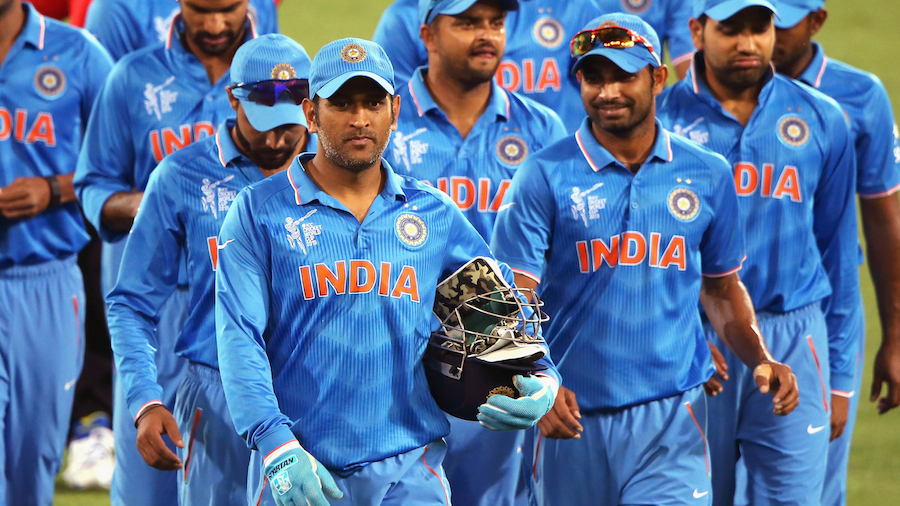 ADELAIDE (Web Desk) - Riding on Rohit Sharma's strokeful 150, an under-fire India finally registered a win after a long time as they crushed minnows Afghanistan by 153 runs in their second and final World Cup warm-up match on Tuesday. Electing to bat, India did not have the best of starts as they lost opener Shikhar Dhawan (4) and Virat Kohli (5) early but Rohit's knock helped the Men in Blue post 364 for five. Chasing a mammoth score, Afghanistan, who are making their first 50-over World Cup appearance, played cautious cricket but could only manage to score 211 for eight in 50 overs. The Indian bowling though fared a touch better with Mohit Sharma and Ravindra Jadeja sharing two wickets each but Mohammed Shami went wicketless. But the day belonged to Rohit, whose dominating innings laid the foundation of a strong batting show. He stitched a 158-run third wicket partnership with Suresh Raina (75) to help India gain ground. The left-handed Raina was unlucky to be run out after hitting 5 fours and 3 sixes in his 71-ball stay but Rohit carried on the good work with Ajinkya Rahane (88 not out). The duo stitched a 95-run fourth wicket partnership to deflate the Afghan hopes. Rohit was finally picked up by off-spinner Mohammad Nabi but not after he had hit 12 fours and 7 sixes in his 122-ball knock. Dhoni (10) once again failed to get going and looked completely out of sorts in his 20-ball stay at the wicket but Rahane and Ravindra Jadeja (11 not out) made sure the score was challenging enough. Afghanistan started on a cautious note as opener Usman Ghani and former captain Nawroz Mangal managed a 63-run second wicket partnership but the strategy did not work and the asking-rate kept mounting. Asghar Stanikzai (20) and later wicketkeeper-batsman Afsar Zazai (24 not out) also contributed but the target proved beyond reach for World Cup first-timers.