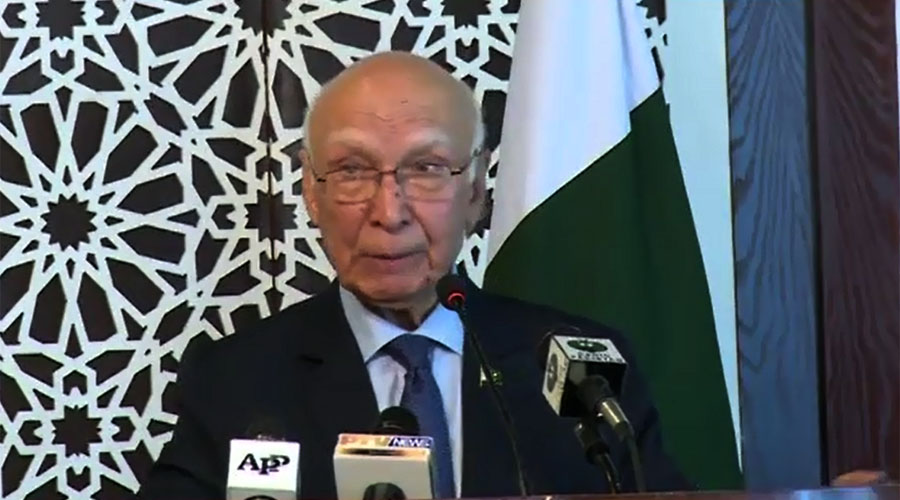 ISLAMABAD (92 News) – Advisor to the Prime Minister on Foreign Affairs Sartaj Aziz said that the resolution unanimously passed by the joint session of Parliament on Kashmir issue will be circulated to Pakistan's foreign missions for sharing with the host countries. In an interview, he said Pakistan's diplomatic offensive on the Kashmir issue is receiving positive response as the international community is calling for dialogue between Pakistan and India to resolve their bilateral issues. He said that India cannot succeed to divert the world attention from the Kashmir issue through the Uri-like self-staged incidents. Sartaj Aziz said that the focal point of all these efforts is to show the world that entire Pakistan is united to condemn Indian brutalities in Occupied Kashmir and extend moral, diplomatic and political support to Kashmiri people. He said that during interactions at various platforms across the globe, the majority viewed that the dialogue should resume between the two states. To a question, he said there was no harm in sealing the Pak-India border as planned by India if the points of public movement and trade were maintained.