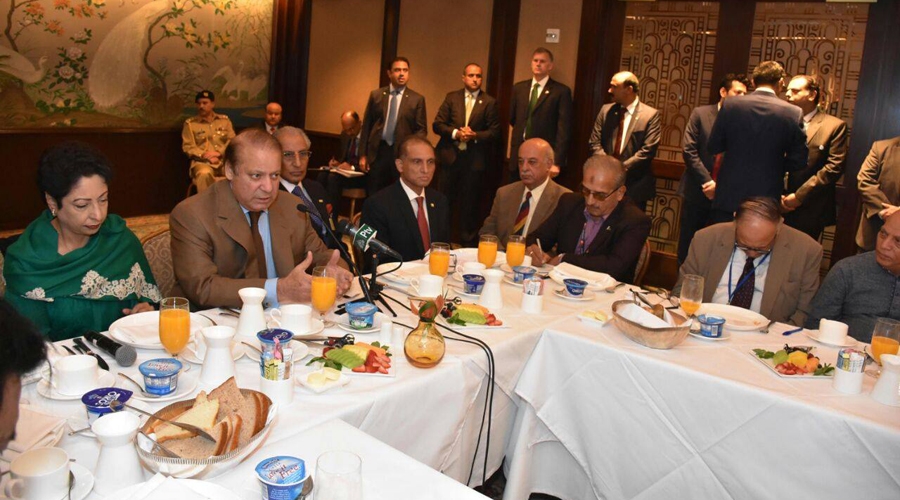 NEW YORK (92 News) – Prime Minister Muhammad Nawaz Sharif has said that India committing heinous violations of human rights in the Occupied Kashmir. Talking to Pakistani journalists in New York on Thursday, he said that the situation in Occupied Kashmir was very serious. “Indian forces have martyred 107 Kashmiris during the recent wave of violence continuing for the last two and a half months,” he said. The prime minister said that it is India's habit to level allegations against Pakistan. “India is leveling baseless allegations against Pakistan and has always failed to provide the evidence.” He expressed the resolve that war against terror will be taken to its logical end. He said that Pakistani security forces and civil society had sacrificed a lot in the war against terrorism. To a question, the prime minister said that load shedding would be eliminated from the country in 2018. Prime Minister Muhammad Nawaz Sharif also held separate meetings with World Bank Executive Director Nasir Mahmood Khan Khosa and Pakistan's Ambassador to Cuba Kamran Shafi in New York.